When the U.S. Treasury Department announced its first-ever sanctioning of a cryptocurrency exchange last month, many industry participants likely scratched their heads when they heard the name. Suex? Who?

But while this Moscow-based outfit, which is more accurately described as an over-the-counter (OTC) trading desk than an exchange, is little known in the West, Suex and its founder, Egor Petukhovsky, are prominent in Russian crypto circles.

CoinDesk spoke to seven people in the crypto industry in Russia, including local OTC traders, crypto entrepreneurs and exchange executives, about Suex. Almost none of them would speak on the record, given the sensitivity of the situation. The firm’s alleged financial ties to the defunct crypto exchange BTC-e and its successor, WEX, make Suex a touchy subject because many users of those platforms never got their money back.

Most local market participants interviewed by CoinDesk said Suex has been a reliable OTC broker. Some said they believed Suex didn’t know the money that went through its crypto wallets was tied to crime. Others say that at least in some cases, the firm could have known.

Taken together, their comments paint an inconclusive picture about Suex’s culpability, and underscore the informal nature of crypto business in Russia, where digital coins often trade for bags of cash and formal customer identification is lacking.

On Sept. 21, Treasury’s Office of Foreign Assets Control (OFAC) placed Suex and 25 affiliated cryptocurrency addresses on its Specially Designated Nationals (SDN) list, effectively blacklisting the exchange from the dollar financial system worldwide. Suex had the dubious distinction of being the first crypto business to receive that scarlet letter.

Officials with the Treasury Department claimed Suex was responsible for processing millions in criminal transactions, including proceeds from ransomware attacks. A blog post by data sleuthing firm Chainalysis found at least $13 million in bitcoin transactions came from ransomware and another $147 million was tied to other forms of illicit activity.

Treasury Department representatives didn’t respond to a detailed list of questions. Suex and Petukhovsky declined to comment for this article, but Petukhovsky declared on his Facebook page last week that he was innocent and is determined to fight for his reputation.

“Neither me, nor a single business affiliated with me has ever engaged in any illegal activity,” Petukhovsky wrote. “I intend to firmly defend my name in litigation in the United States of America.”

Petukhovsky was a regular guest at crypto meetups and conferences in the Russian capital, including at events that Suex co-sponsored. Most people CoinDesk spoke with say Suex was a reliable counterparty to work with. In other words, “you give them a million and they won’t run away with it,” said a founder of a crypto startup who asked not to be named.

Vladimir Smerkis, founder of a crypto firm Tokenbox, said more or less “everyone” dealt with Suex as the firm was well known and “could always provide service for whatever volume [of crypto] was needed, always with a good time frame.”

Clients would come to Suex’s skyscraper office in the prestigious business district known as Moscow Сity to buy or sell crypto for cash. Its website, now offline, advertised Visa and Mastercard payment options. 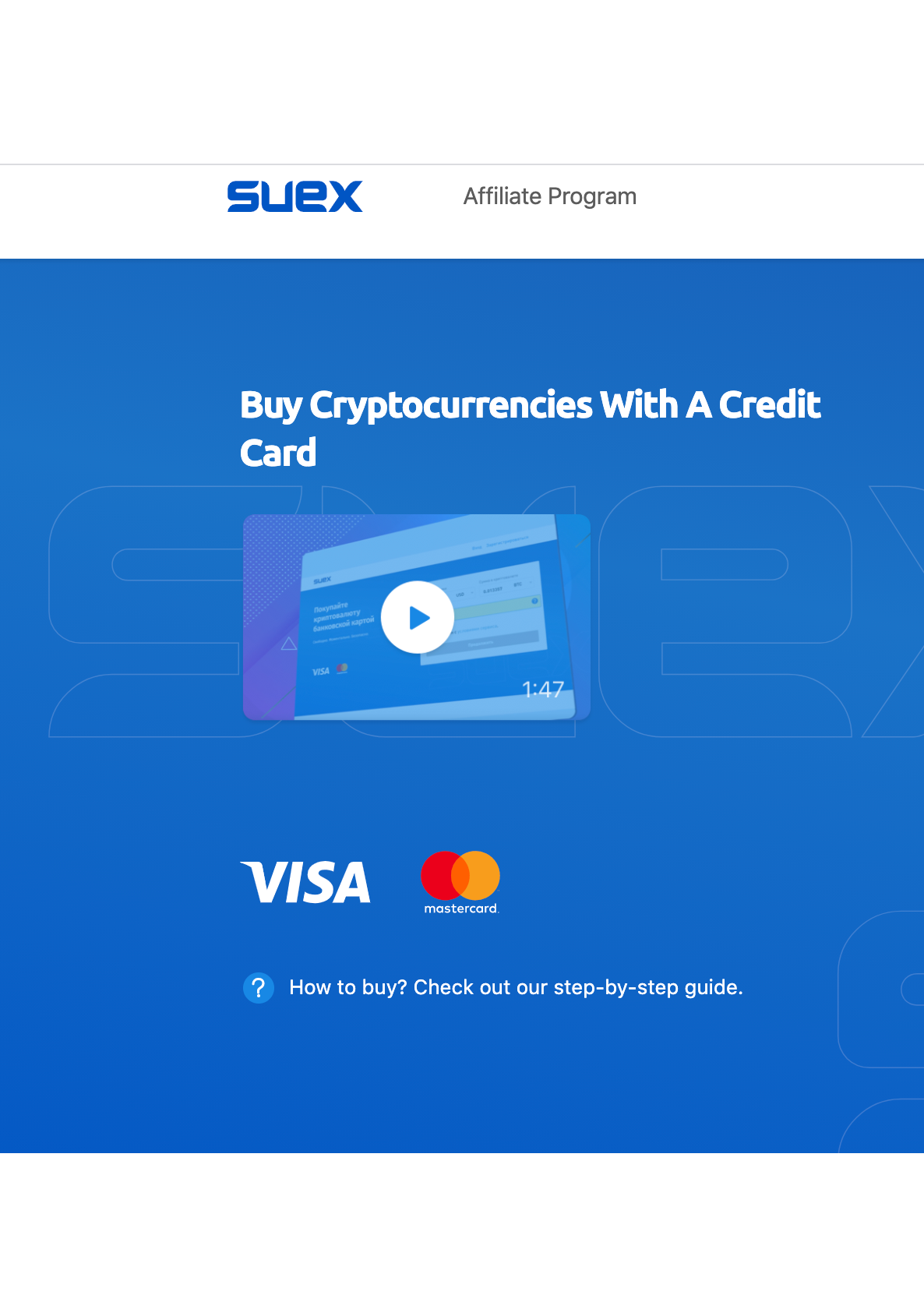 While Suex tried to keep a low public profile, Petukhovsky was passionate about promoting another business he founded, Chatex, a bot for peer-to-peer crypto trades on the Telegram messaging app.

Marina Stankevich, Exmo’s head of business, said that the two Petukhovskys know each other as two of the few early crypto entrepreneurs with Russian roots. “Ivan gave Egor his first bitcoin, $4,000 worth of bitcoin,” Stankevich said.

Ivan Petukhovsky “played a key role in the emergence of Suex, sending $4,000 [worth of] bitcoins to my friend on May 22, 2017,” Egor Petukhovsky wrote in a deleted but archived blog post from 2019.

Stankevich added that Egor Petukhovsky did his first crypto deals on Exmo, but the account, registered under the name Chatex, became inactive in 2017, when Exmo began requiring account verification.

When Suex was hit with sanctions last month, Exmo shut down the account, Stankevich told CoinDesk.

Unlike a typical crypto exchange, Suex didn’t operate its own trading engine that matches bids and offers, according to two blockchain analytics firms that studied the platform. Rather, Suex operated as a “nested exchange,” meaning it used addresses and custody services from larger crypto exchanges.

Binance and Huobi appear to be the main exchanges Suex used, an earlier investigation by CoinDesk found. Binance spokeswoman Jessica Jung said via email that Binance shut down Suex’s account before the sanctions were imposed. Huobi declined to comment on the matter.

TRM Labs, one of the analytics firms, said in a blog post that nested exchanges can take advantage of the liquidity and lower transaction costs of larger exchanges, and mainly provide a front-end interface for users.

Chainalysis, the other analytics firm, noted that some nested services may not have stringent compliance requirements. The company found that around $13 million in bitcoin from ransomware victims flowed through Suex.

A Russian startup executive told CoinDesk he was surprised that Suex was sanctioned, because normally, regulators would reach out to a crypto service or exchange to learn about their criminal clients.

“And everybody responds, because everybody understands that otherwise, one day, say, you go for a vacation in Greece – and then the next several years you spend answering the questions in the U.S,” the executive said.

He was alluding to the case of Alexander Vinnik, the Russian national and alleged operator of now-defunct BTC-e exchange. Vinnik was arrested in Greece in 2017 on money laundering charges brought by the U.S. Department of Justice. This year, he was sentenced to prison in France.

The source, who said he himself had received requests from law enforcement agencies, doubted that Suex could have known where all the alleged ransomware and scam-related money was coming from. “Notable amounts of dirty crypto normally are first laundered on-chain, and only then sent to exchanges and OTCs,” he said.

“With crypto OTC, you inevitably come about some dirty money. But you learn about it when law enforcement knocks on your door at 6 a.m.,” he said, adding that using crypto tracing tools became a must among crypto businesses only in 2020, after the European Union adopted its Fifth Anti-Money-Laundering Directive (5AMLD).

Smerkis similarly said that Suex could have touched criminal crypto somehow, but that he doesn’t think “it was initiated or encouraged by the platform itself.”

However, some of the people who know Suex and its staff say that at least in some cases, Suex must have understood it was laundering criminal money.

Another crypto entrepreneur said Suex helped its clients get money out of Russia to the Western financial markets with crypto.

“That money went through wallets and fiat gateways of crypto exchanges,” he said. Suex’s office in Prague (where the company is officially registered) could also provide a “source of funds” document for its clients, so their fiat currency would be accepted in Swiss banks, this source said. This service, the source said, generated the most profit for Suex.

Another source who works in the OTC market said Suex was far from the only firm that provided this way of transferring money out of Russia, but Suex was a big one. “This is the cheapest way to transfer the money [across the border],” the source said.

Several crypto businesspeople in Kyiv told CoinDesk that Suex used to be a notable player on the Ukrainian crypto market, too. The firm’s co-founder, Maksim Subbotin, traveled to Kyiv regularly and represented Suex there.

(According to Russian news outlet The Bell, Maksim Kurbangaleev, whom TRM calls a co-founder of Suex, is a founder of a company named Finstor, which the Bank of Russia, the country’s central bank, put on its list of fraudulent financial companies. TRM suggested Kurbangaleev and Subbotin may be the same person, but The Bell stated they were two different people.)

According to one broker, a Ukrainian OTC desk once asked Suex for help when a client didn’t deliver their part of the deal and disappeared, and later started trading with Suex.

Because there was no regulation regarding cryptocurrency deals in Ukraine at that time, that kind of conflict could be reconciled only with a personal agreement, and so the Ukrainian OTC desk asked Suex to encourage the client to come clean, but Suex refused.

An OTC broker in Moscow, who also asked not to be named, said that sometimes, the crypto a broker processes gets a criminal label after the fact, and there are no common rules for what a know-your-customer (KYC) process should look like.

“In Moscow, there is no regulation at the moment, so everyone decides for themselves what information on their clients they collect,” the source added.