While shiba inu (SHIB) is on a tear, it may be too early to compare the buzz around the dogecoin-inspired cryptocurrency with the peak retail frenzy observed just ahead of the bull market peak early this year.

At press time, Google Trends, a widely used tool to gauge retail interest in trending topics, is returning a relatively low value of 10 for the search term “how to buy shiba inu” over the past 12 months.

While general interest has picked up slightly with SHIB’s 230% weekly gain, it is nowhere close to the peak of 100 reached on Google Trends in the second week of May. A score of 100 represents peak popularity among the general population – the maximum number of searches observed for a term during a given time frame. It indicates that more and more people are scanning the web for information on the trending topic.

Web data shows SHIB’s latest move higher has yet to catch the attention of retail investors, and further gains may be in the offing.

Google Trends provides access to a mostly unfiltered sample of search requests made to Google and scales these searches on a range of 0 to 100, according to the company. The search value represents the search interest relative to the highest point on the chart for the selected region and time. 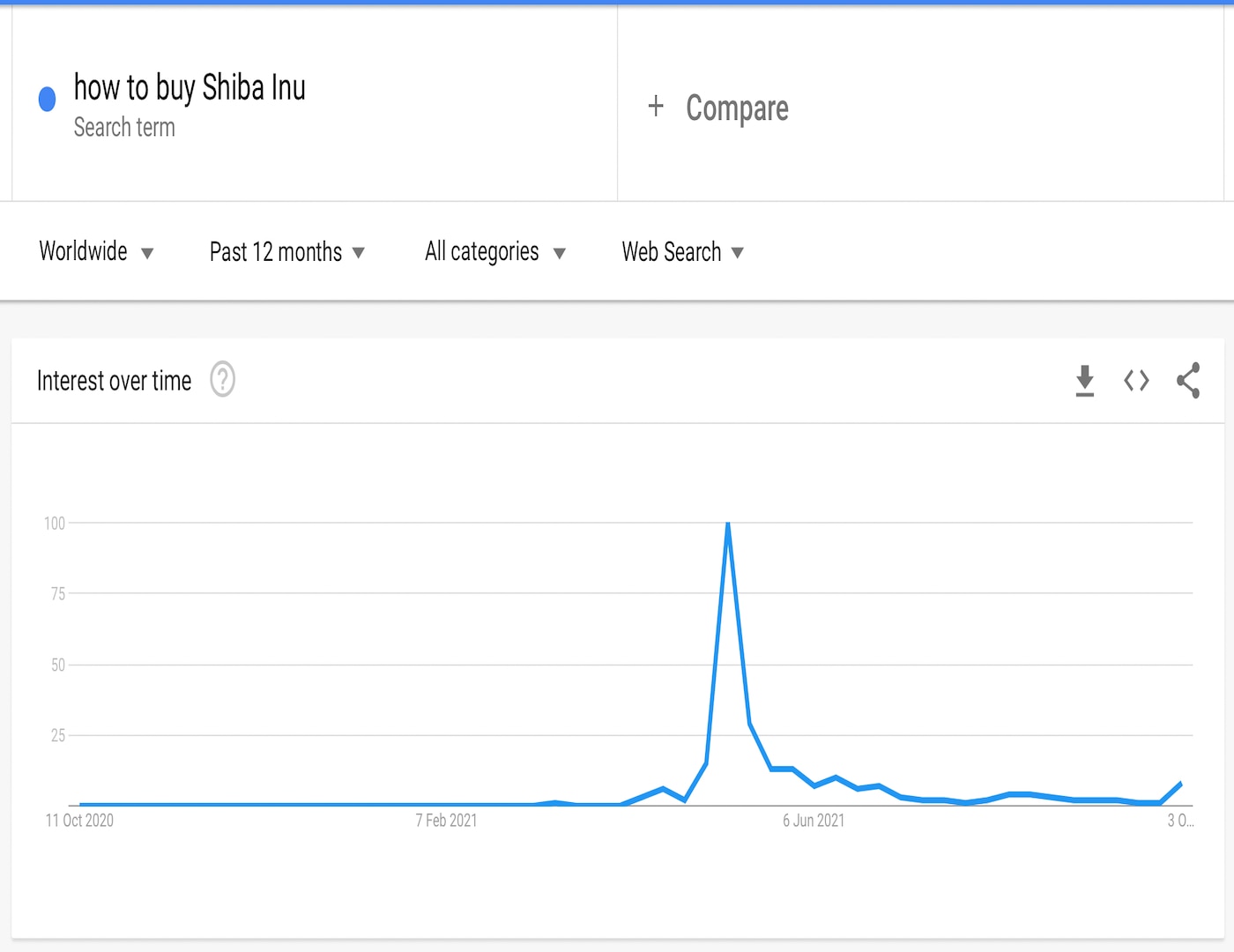 Retail investors have a reputation of being the last entrants in the bull run. As such, a Google search value of 100 or peak retail interest often coincides with bull market exhaustion. SHIB’s year-to-date high of 0.0000388 coincided with search value for “how to buy Shiba Inu” reaching 100 in the second week of May.

Rally in programmable blockchain Solana’s SOL token peaked above $200 in the second week of September, with the Google search value for the term “how to buy solana” rising to 100. The cryptocurrency pulled back to $114 in the following days before bouncing to $180 this week.

Bitcoin’s 2017 bull run peaked with the Google search value for the term “bitcoin” rising to 100 in December. Similar web search values were observed in January and April this year, signaling a retail frenzy.