Bitmain, one of the world’s largest manufacturers of bitcoin mining machines, confirmed it will halt shipping Antminer to mainland China.

“From October 11, 2021, Antminer will stop shipping to mainland China (excluding Hong Kong and Taiwan),” according to a statement from Bitmain’s official WeChat account. The move doesn’t affect Bitmain’s overseas customers and the company said that it has increased the supply of Antbox to speed up the construction of overseas mines.

On Sept. 28 CoinDesk cited three sources who said that Bitmain was planning to suspend sales of its machines to miners in mainland China, after the sweeping ban on crypto activity imposed by the country’s government.

China’s crackdown on the crypto industry has created an opportunity for the miners outside of the region to participate in the sector, resulting in a recovery in bitcoin network’s hashrate, which is a key gauge of mining activity. 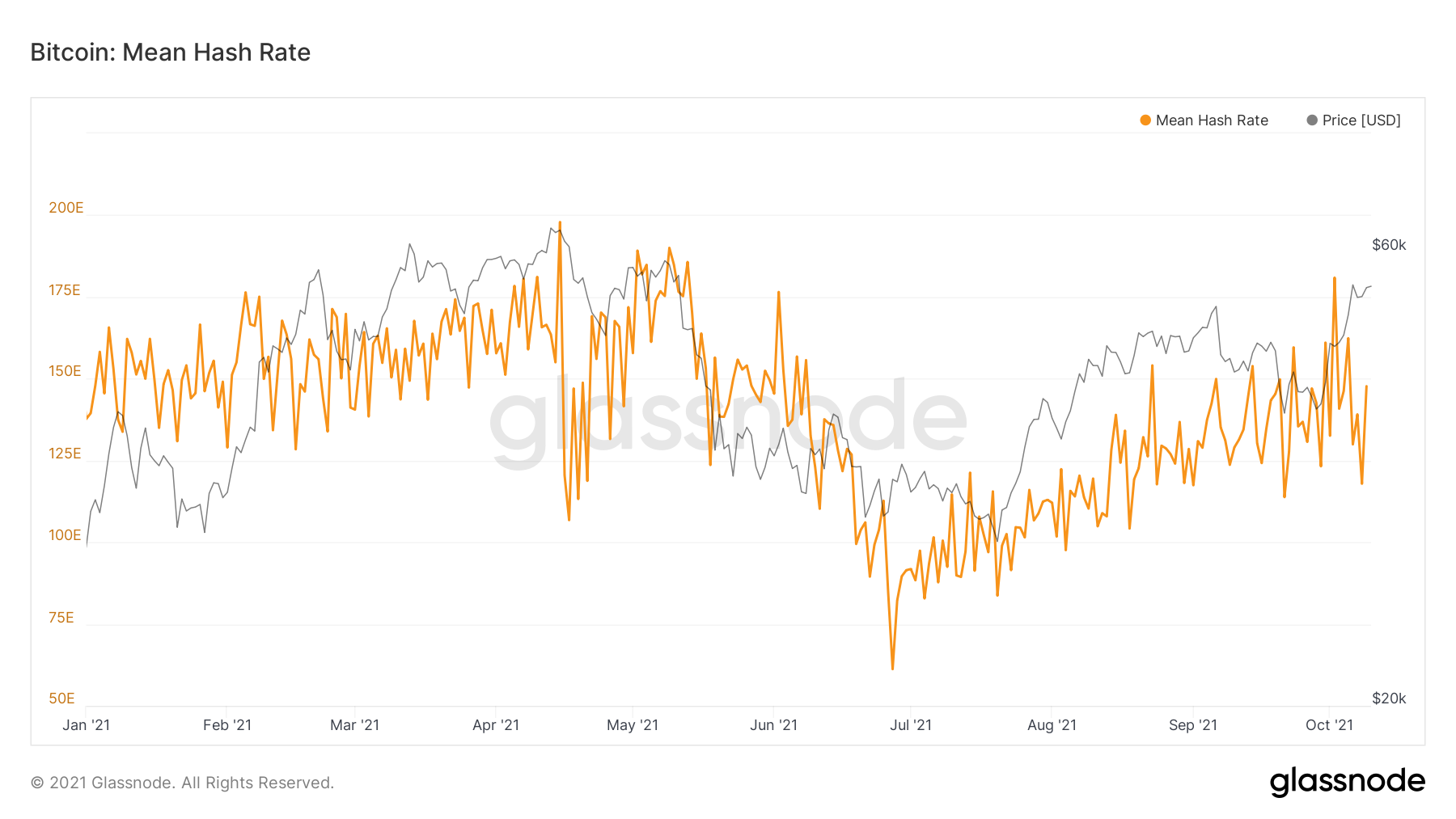 The mean bitcoin hashrate has recovered more than 140% since its July lows, according to data compiled from analytics firm Glassnode.