Bitcoin returned above $56,000 on Wednesday after trading in a tight range over the past few days. The cryptocurrency’s price is up about 3% over the past 24 hours compared to a 1% rise in ether over the same period.

The recovery in cryptocurrencies over the past week has decoupled from equity markets, with bitcoin squarely in the lead with a near 18% price rise for the month to date. Meanwhile, the S&P 500 is down about 4% from an all-time high in September, albeit with less or a roller coaster in price volatility than cryptocurrencies.

For now, analysts are monitoring blockchain data, which points to continued upside for bitcoin. “Despite China’s crypto ban, it seems miners, including those who were in China, are holding BTC in mining wallets,” Ki Young Ju, CEO of CryptoQuant, wrote in a blogpost, referring to the decline in miner outflows, which tends to be a bullish price indicator.

Closing in on the high

Bitcoin is currently about 10% away from an all-time price high around $63,000, marking a sharp recovery from a near 50% drawdown (percentage decline from peak to trough) two months ago. The speed of bitcoin’s price recovery is far greater than the S&P 500, which produced negative returns over the past three months compared to a near 70% rise in BTC over the same period.

However, over the long term, the chart below shows bitcoin’s drawdowns tend to be more severe than for equities. This is mainly due to the cryptocurrency’s higher volatility, which can accelerate price moves. Days of extreme price volatility during market downturns may be behind us because traders are increasingly using stablecoins or fiat currencies as collateral to trade futures contracts – an obligation to buy or sell the underlying at a later date at an agreed-upon price, CoinDesk’s Omkar Godbole wrote in the Wednesday edition of the “First Mover” newsletter. 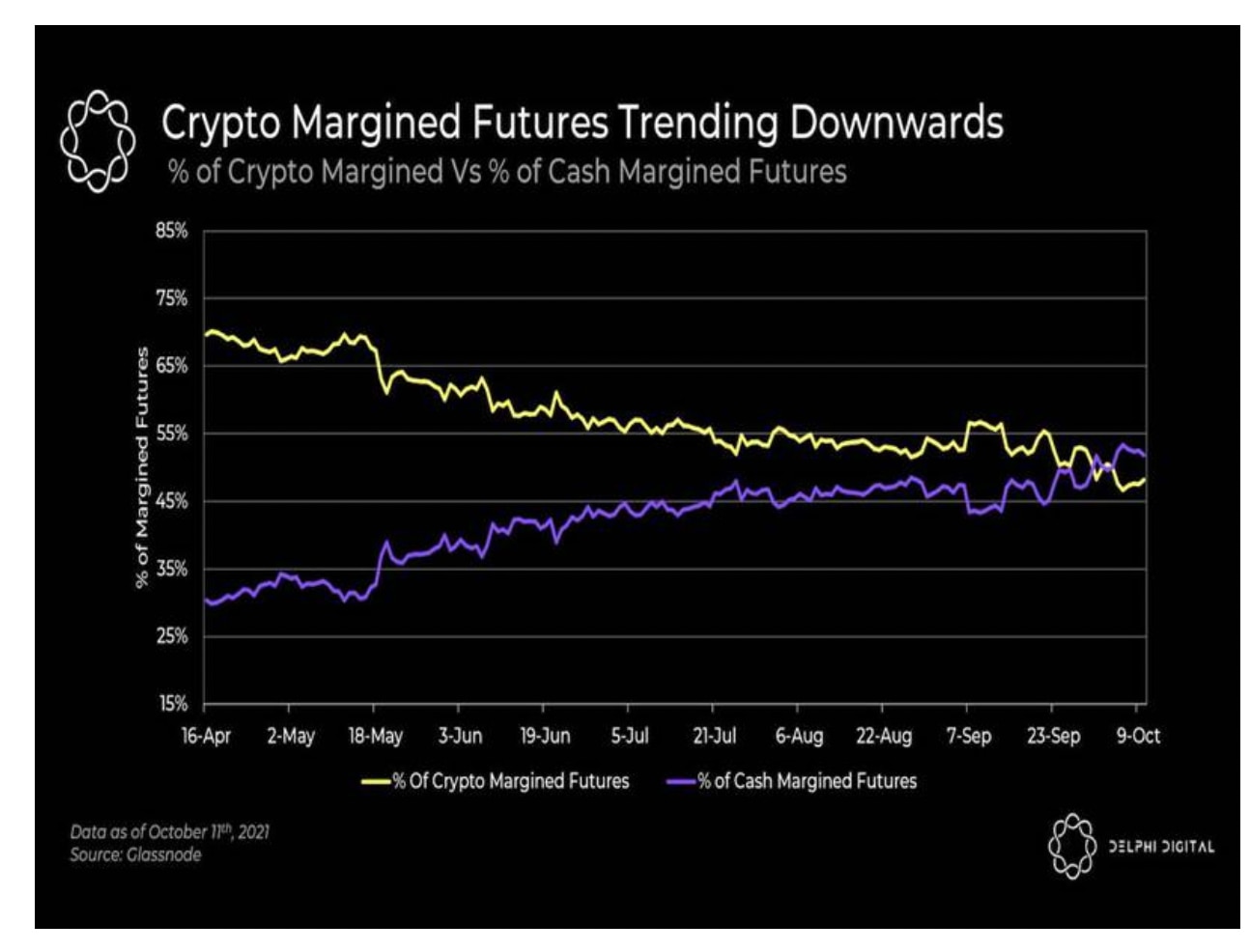 On a related note, the 30-day volatility of bitcoin and ether declined over the past few months but remains elevated given the recent price rally across cryptocurrencies. The S&P 500 Index also experienced a brief rise in volatility around the end of September. 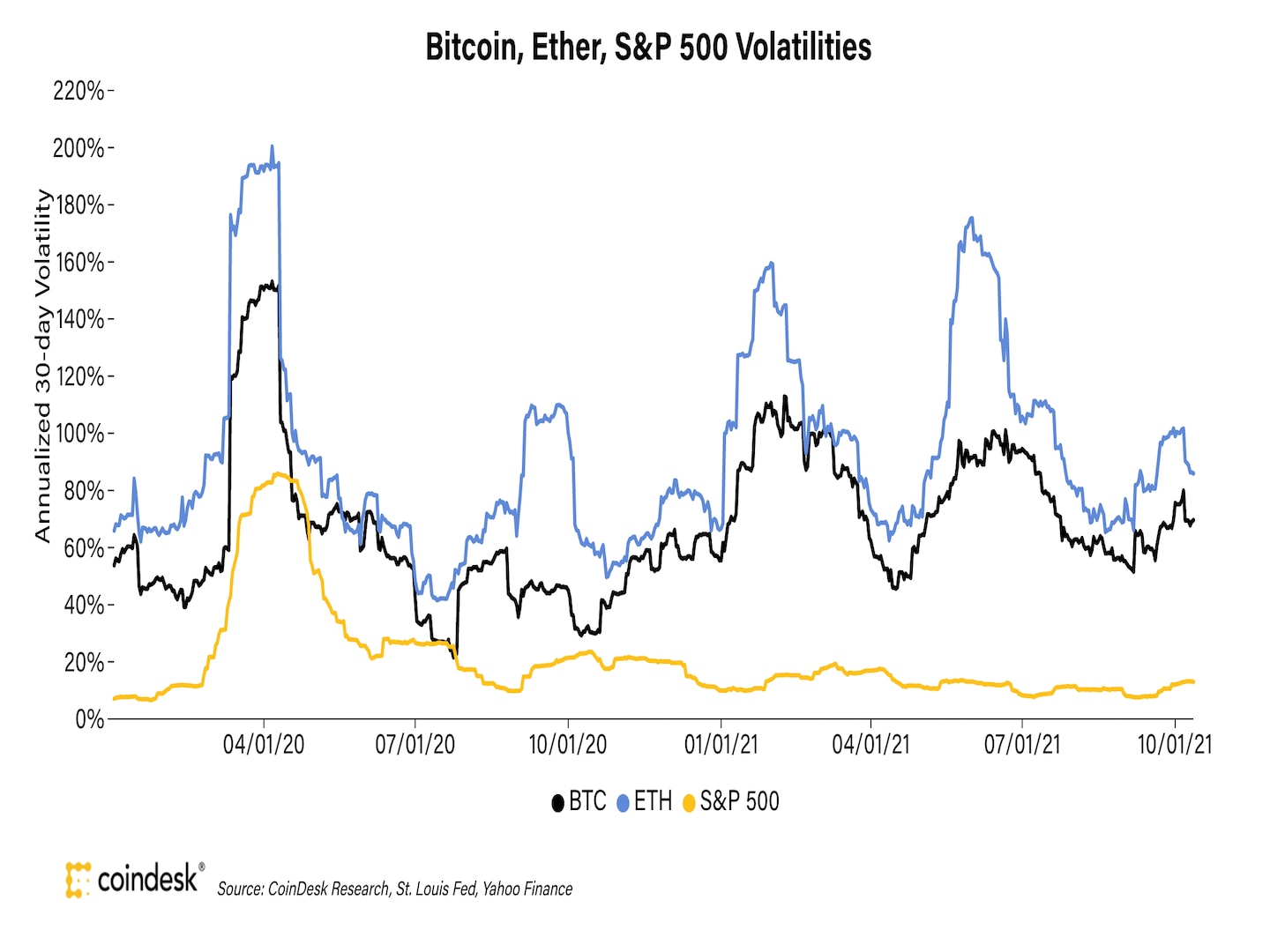