Would you let a chrome, volleyball-sized sphere scan your retinas in exchange for crypto?

Depending on whom you ask, Worldcoin’s plan might sound futuristic and cool, a little silly, or like a dystopian nightmare ripped from science fiction. When news of the project leaked to Bloomberg in June, the media response was critical.

Silicon Valley, however, is excited about the project.

According to some of the company’s prediction models, Worldcoin thinks over a billion people will have gazed into the Orb by 2023. 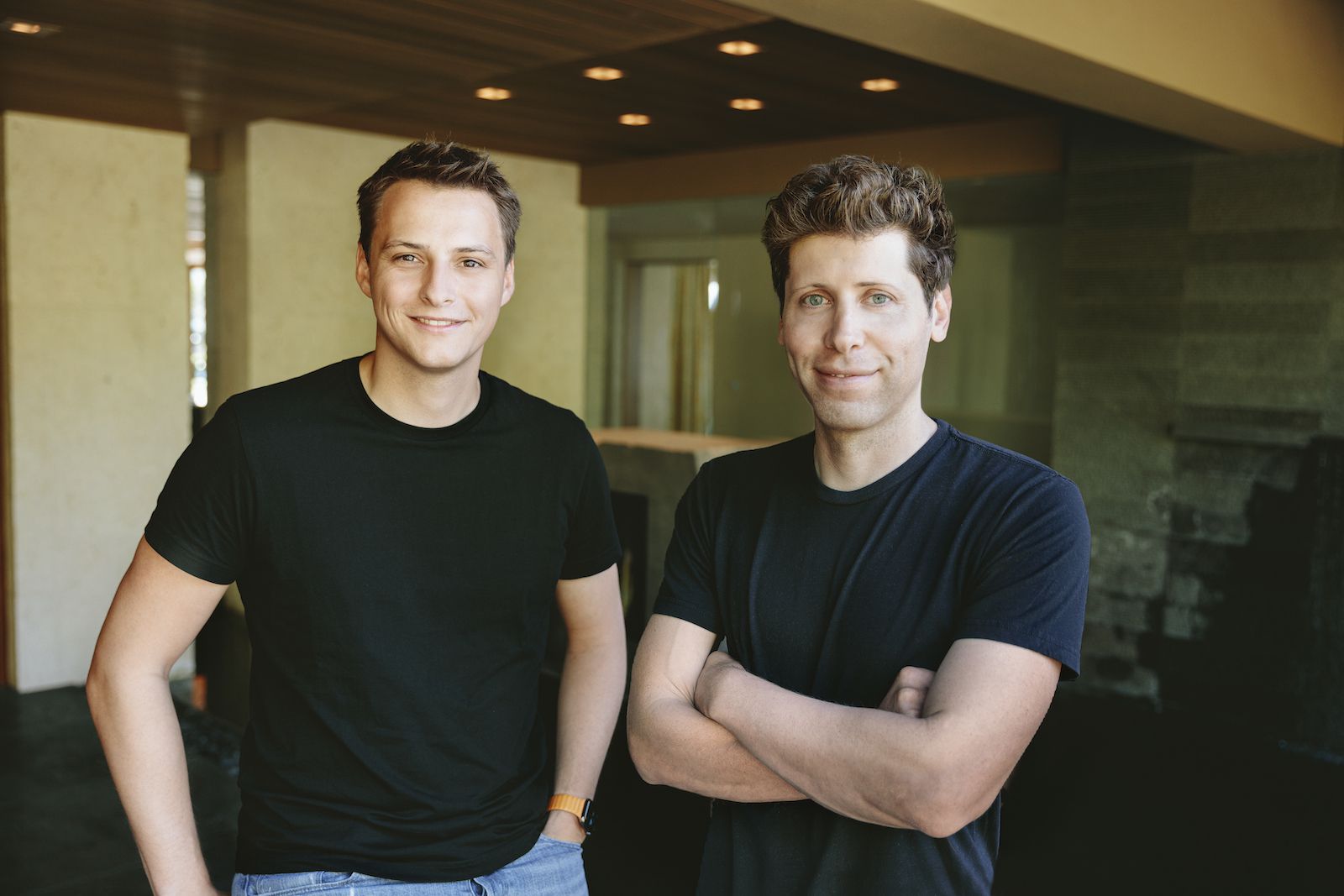 Worldcoin, which is based in Berlin, Germany, currently has about 70 employees and about 30 Orbs.

The Orbs are handled by independent entrepreneurs Worldcoin calls “Orb Operators’ who take the devices into the world – into remote villages and metro stations and university campuses – and convince people to sign up for free worldcoin with an eye scan, which the Orb uses to create a unique identifier called IrisHash that ensures the person is a human who has not collected worldcoin before.

Though privacy experts have expressed concern over this plan, Alex Blania, one of the co-founders of Worldcoin, believes that the Orb’s design is privacy-preserving. According to Blania, the photos of user retinas are not stored anywhere, and zero-knowledge proofs are used to keep user information private and secure. Blania also told CoinDesk that users’ names and other identifying information is never collected.

Beginning in November, Worldcoin plans to ramp up production to an astonishing 4,000 Orbs per month, which the company plans to match with Orb Operators across the world.

Blania told CoinDesk that Worldcoin has partnered with a “very big international manufacturer” with a plant in Germany, which will pump out about 50,000 Orbs per year. Though Blania declined to name the company or say where the company was from, when CoinDesk asked if the manufacturer was Chinese, Blania responded:

“Definitely not, for many reasons, and one of them is actually security. The Orb itself has private keys and signs every message it sends so we know it’s actually a real Orb. And that means we need to lock this whole supply chain totally up so we know it’s not compromised,” Blania said. 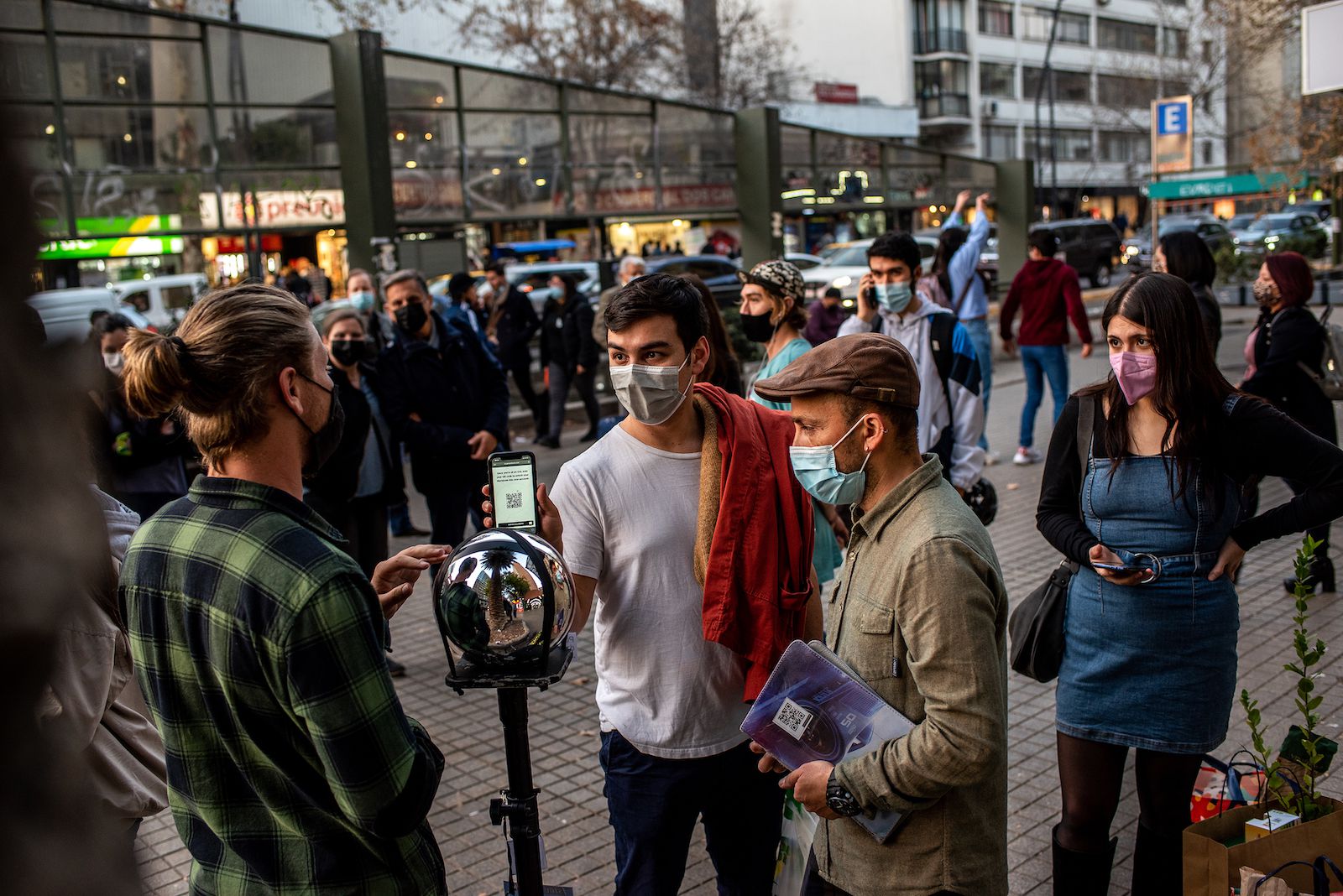 According to Worldcoin, 130,000 people around the world have already gazed into the Orb in a crypto twist on universal basic income (UBI).

Blania told CoinDesk the amount each person receives depends on how early in the project’s roll-out they got involved, with the amount diminishing as more people are onboarded, but that the amount is roughly valued at between $10 and $200. This amount is doled out over two years, with 10% available immediately in a wallet app generated by the Orb.

Worldcoin, which is built as a layer 2 system that works on the Ethereum network, has a cap of 10 billion worldcoins. Blania told CoinDesk that 8 billion of those will be distributed globally – the company’s stated goal is to give worldcoin to “every human on earth” – while 2 billion worldcoin will be reserved for the soon-to-be-set-up Worldcoin Foundation and for investors.

The Orb was designed by Swedish industrial designer Thomas Meyerhoffer, who previously designed for Apple and Porsche.

“It’s the first contact for users, right? So we just wanted to make it really, really cool and really exciting,” Blania said. “And by making it shiny it gets people’s attention and they see their reflection as they stand there … it’s a very cool and memorable [experience].”

Blania also said that rapper Azaelia Banks, who was rumored to be a representative of Worldcoin after the June leaks, is not and has never been affiliated with Worldcoin.

CORRECTION (Oct. 21, 16:33 UTC): The number of worldcoins set aside for the foundation is 2 billion, not 2 million. Apologies for the typo.