Digital asset investment products saw a total of $288 million in inflows during the week ended Oct. 29, a report Monday by CoinShares showed. That’s down from a record $1.47 billion during the prior week, but it helped to push inflows to $8.7 billion for the year to date.

As in the previous week, the majority of new investments went into bitcoin-related funds, at about $269 million.

The decrease in flows coincided with a market pause: Bitcoin (BTC) hit an all-time high of $66,974 on Oct. 20 but retreated last week and was changing hands at $61,359 as of press time on Monday.

Inflows into U.S.-based ETFs slowed as the initial hype that accompanied the launches faded. The new vehicles added $53 million of assets last week. The first bitcoin futures ETF, the ProShares Bitcoin Strategy ETF, started trading on the New York Stock Exchange on Oct. 19 under the ticker BITO and quickly gathered over $1 billion in assets – the fastest-ever ETF to hit the milestone.

The Ethereum blockchain’s native cryptocurrency, ether (ETH), broke its three-week dry spell last week, with fund inflows of $16.6 million. Year to date, ether funds have brought in $1.06 billion, second only to the $6.37 billion of inflows into bitcoin funds in 2021. 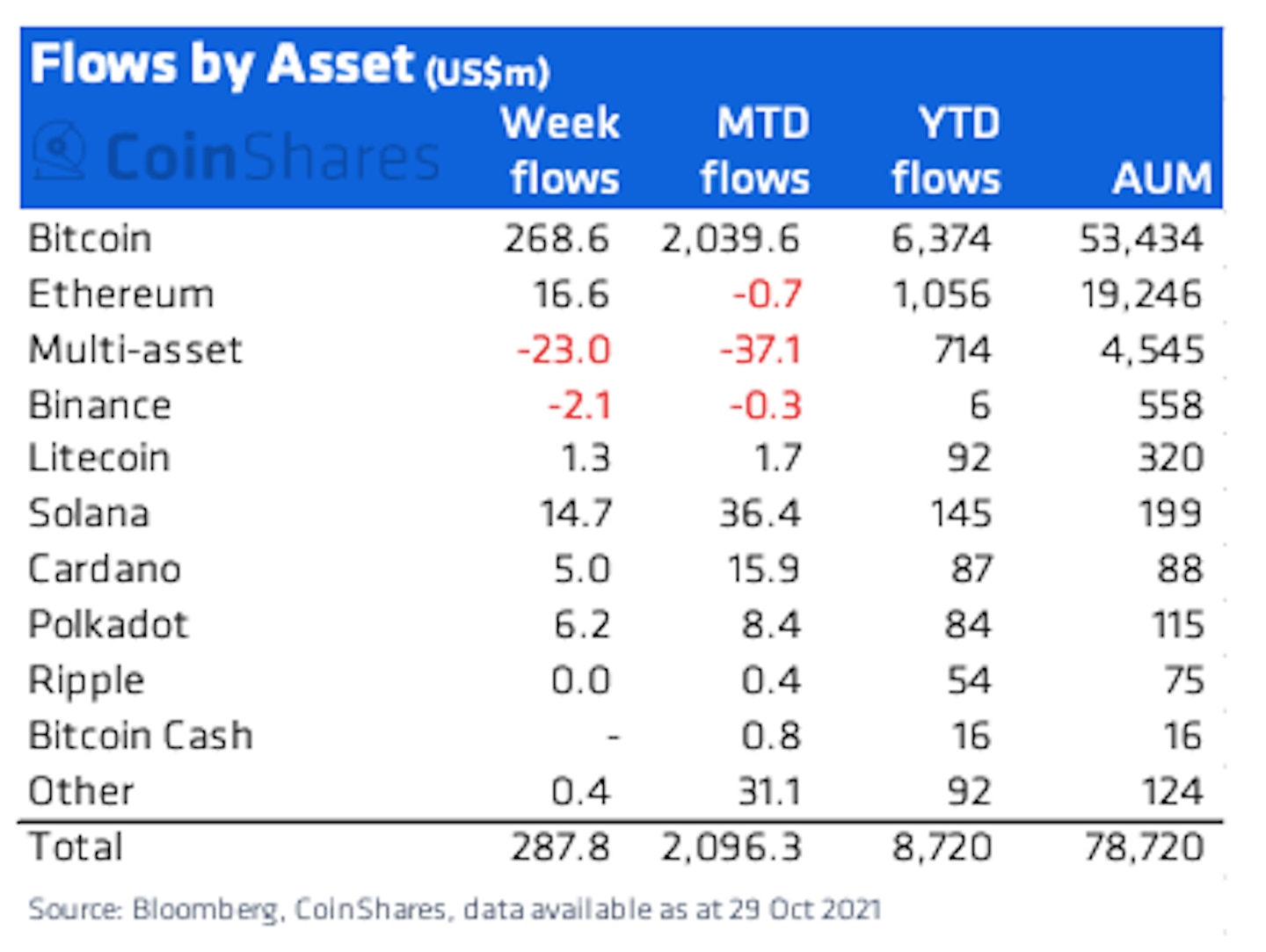