CoinDesk’s annual list of the “Most Influential” people in the cryptocurrency industry has been a year-end holiday tradition since 2014.

It’s our way of raising and praising the finest, those shipping the most-used products, onboarding those who need crypto the most and setting a high bar for us all. For a long time we have celebrated people who were admired in crypto circles but hardly well known in the world at large.

This year is a little different. We’re still publishing the list in December, but the tenor has changed. Crypto, in 2021, went from a niche financial asset to a global phenomenon. It is entangling, disrupting and beginning to replace all others (just a little hyperbole for listicles).

In the past, “influence” in crypto meant having an impact on a relatively enclosed system. Now it could mean changing the world.

Take non-fungible tokens, or NFTs. While still very much a medium for speculation, this general purpose technology is finding a big fit with culture makers. Esteemed media brands like The Economist, The New Yorker and Fortune (to name just a few) are experimenting with these unique digital assets to raise money for charity and – more significantly for a beleaguered but vital publishing industry – their business operations. The same might be said for any number of musicians, artists and scientists.

Last year, bitcoin ended up on the balance sheet of a few Fortune 500 tech companies. This year it’s a treasury asset for a nation-state.

The rise of stablecoins, or crypto assets designed to maintain a consistent value, are pushing governments to update their money for the 21st century. While only a few countries have issued central bank digital currencies (CBDC), just about all are considering them.

People deep into crypto have a habit of measuring success by looking at which legacy institutions are getting on board. So-and-so minted an NFT. XYZ bank has a crypto play. This or that company is integrating Lightning payments. The rapid pace of adoption this past year has strained that mode of thinking; the details get lost as trends emerge. 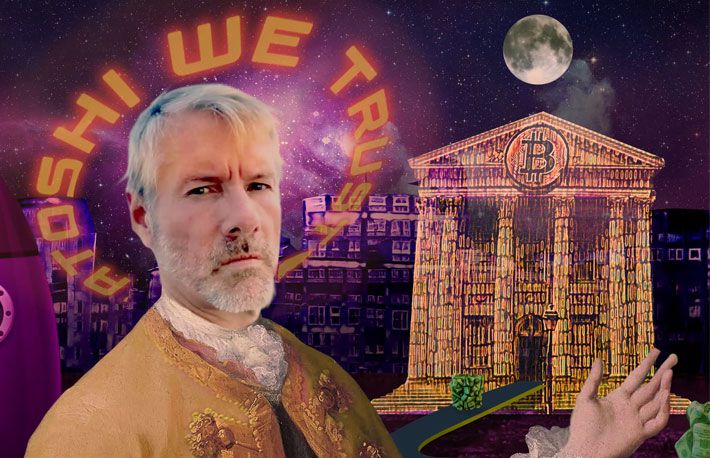 And yet, there are still real people behind the revolution who work every day to bring the biggest ideas to life. CoinDesk’s eighth “Most Influential” series, arguably the most significant to date, is an attempt to recognize those individuals.

Determining who was Most Influential this year is hard – and we could use your help. Below is a survey of about 100 contenders determined by CoinDesk editors and reporters. Cast a vote to help us narrow the list to the final 10 (you’ll be able to nominate your top five).

More important, if you think we missed anyone, please write in their names. Things are moving fast and some people may have escaped our attention. (That said, we try not to repeat anyone from previous lists – so if you’re confused why Vitalik Buterin isn’t long-listed, it’s because he was Most Influential before this year.)

Crypto is indisputably changing the world, but that may not always be for the best. The industry has serious problems it needs to reckon with – an inexcusable gender imbalance, a troublesome carbon footprint and a habit of harboring scammers, to name a few.

The same may be said for those on this list. You may disagree with their views or loathe their impact but influence is not a value judgment. It’s the power to effect change – for better or worse.