“Active speculators in the cryptocurrency market are jumping from one coin to another, trying to ride the small waves,” Alex Kuptsikevich, an analyst at FxPro, wrote in an email to CoinDesk. “This is a positive-sum game if the tide is turning; that is, if the overall capitalization of the crypto market is rising,” Kuptsikevich wrote.

Some analysts expect bitcoin to eventually catch up to the rise in altcoins next week, which could push BTC’s price past $64,000 resistance.

“Historically, there has been a slightly delayed positive correlation with traditional markets and the crypto market, helping to build the case for a bullish November for digital assets,” Will Morris, a trader at the U.K.-based digital asset broker GlobalBlock, wrote in an email to CoinDesk.

Traders will also be monitoring Coinbase’s (NASDAQ: COIN) third-quarter earnings report on Nov. 9. The crypto exchange delivered a negative earnings surprise in the second quarter because of declining trading volume. The cryptocurrency exchange’s shares are up about 40% over the past month compared to a 10% rise in bitcoin and a 25% rise in ether over the same period.

Bitcoin’s correlation with the S&P 500 continued to rise over the past month, suggesting investors’ appetite for risk remains strong. On the other hand, demand for Treasury bonds, once deemed to be safe investments, has declined given market expectations of rising inflation and slowing economic growth.

The chart below also shows the declining correlation between bitcoin and long-term Treasury bonds. A similar dynamic occurred in 2019 when the crypto bear market stabilized and monetary policy became more accommodating, which benefitted assets such as equities and cryptocurrencies (deemed to be risky).

For now, it appears that investors are positioning away from long-duration assets, which are more sensitive to rising interest rates as a result of tighter monetary policy. In this scenario, correlations involving bitcoin, equities and long-term bonds could rise as investors reduce their exposure to risk.

Further, during crisis episodes, such as the 2020 coronavirus pandemic, the correlation between bitcoin and the S&P 500 can rise significantly. Bitcoin’s average funding rate, or the cost of holding long positions in the perpetual futures market, remained slightly positive over the past week, which reflects bullish sentiment among traders.

“The persistent positive funding rates suggest that demand for long exposure remains high in the market, but the relatively low long liquidation volumes in the market suggest that traders are less reckless with leverage now than during the spring rally,” Arcane Research wrote in a report earlier this week.

Still, Arcane warned that there is risk of high volatility if crypto markets turn lower. 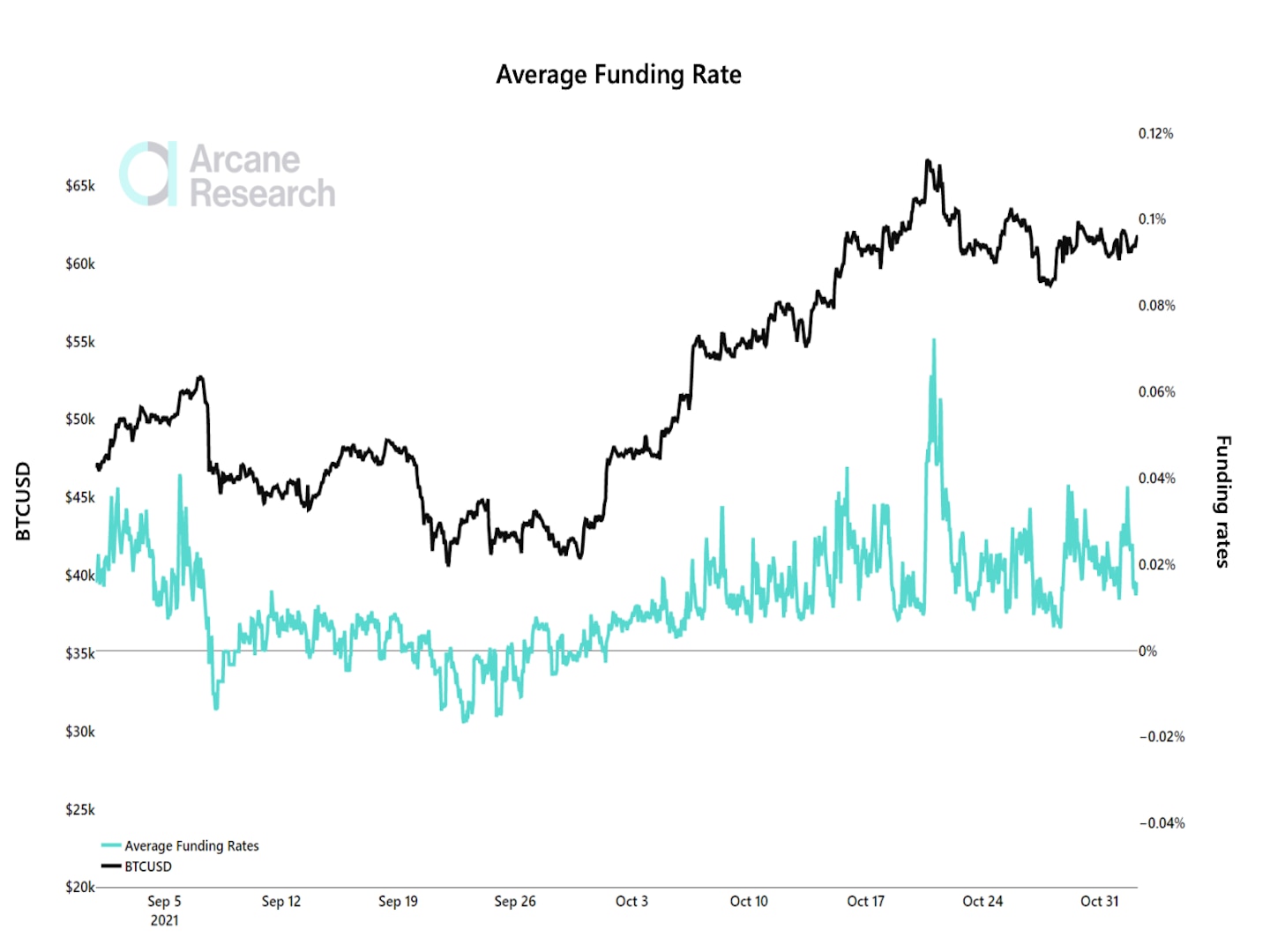