Bitcoin rose over 7% during the past 24 hours. The No. 1 cryptocurrency by market capitalization had passed $67,500 on Monday at the time of publication to break its previous all-time high of $66,974.77 on Monday. Ether, the second largest crypto by market cap, also hit a record high of over $4,800.

As bitcoin’s prices increased, the funding rates on major exchange Binance and OKEx, or the cost of holding long positions in the perpetual futures on the exchanges, also elevated on Monday, according to data from coinglass. (Exchanges calculate funding rates every eight hours.) CoinDesk previously reported that rising funding rates are usually a sign that the market is becoming overheated. 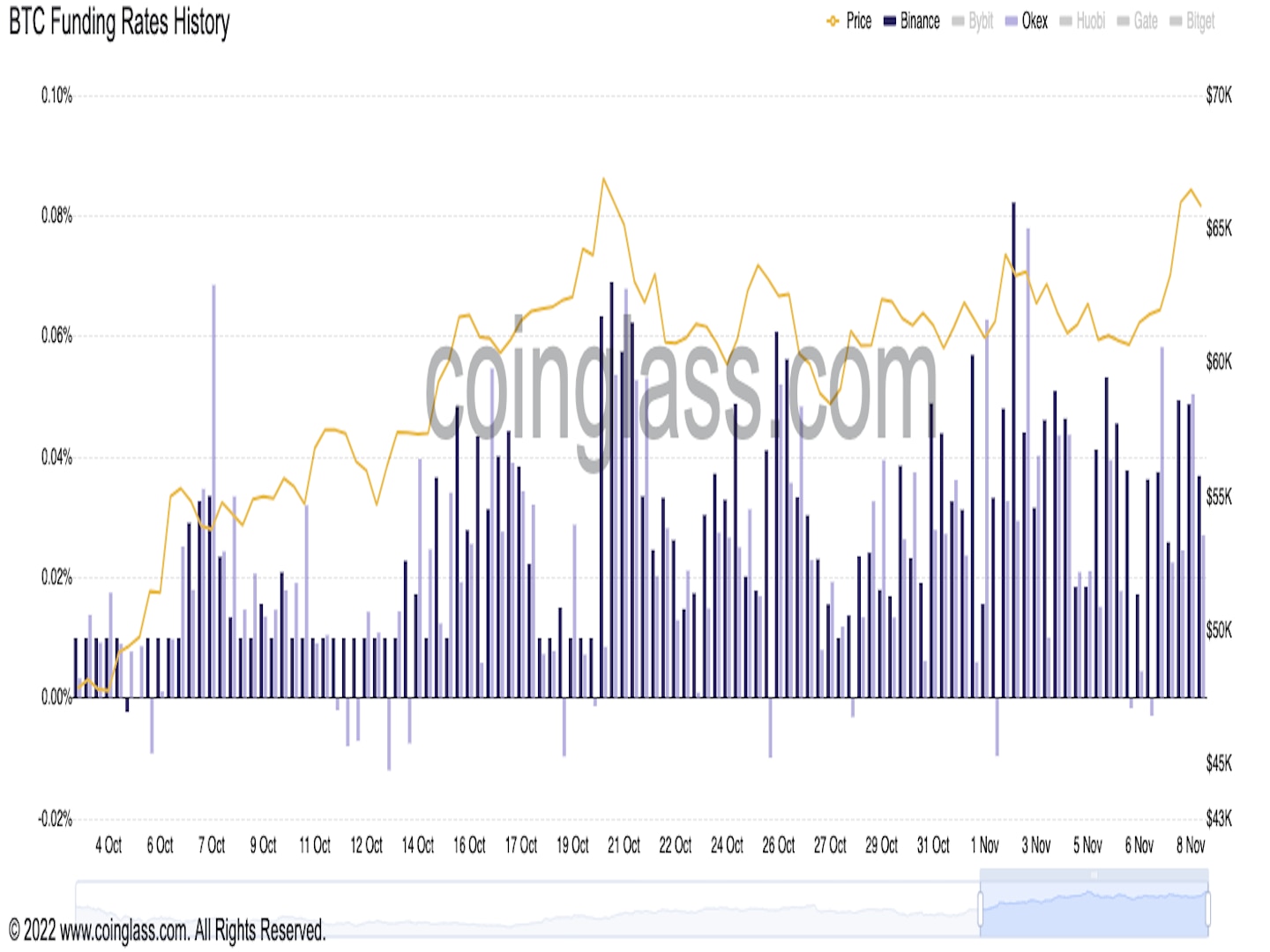 Tokens associated with layer 1 blockchains that are similar to the Ethereum blockchain will continue to be worth monitoring on Tuesday, as several of them – terra, solana, and avalanche – hit record highs in the past two days. Many layer 1 blockchains are holding major events in the coming days – for example, Polkadot’s hotly anticipated parachain auctions on Nov. 11 – that could boost their tokens’ prices, too.

“Retail and traditional investors lack the resources and skills necessary to analyze the wide variety of complex individual application tokens, so the tokens of layer 1 blockchains have essentially become the ‘lazy man’s index’ – a catch-all solution for betting on the overall growth of digital assets,” Jeff Dorman, chief investment officer at fund manager Arca, wrote in his latest blog post on Monday. 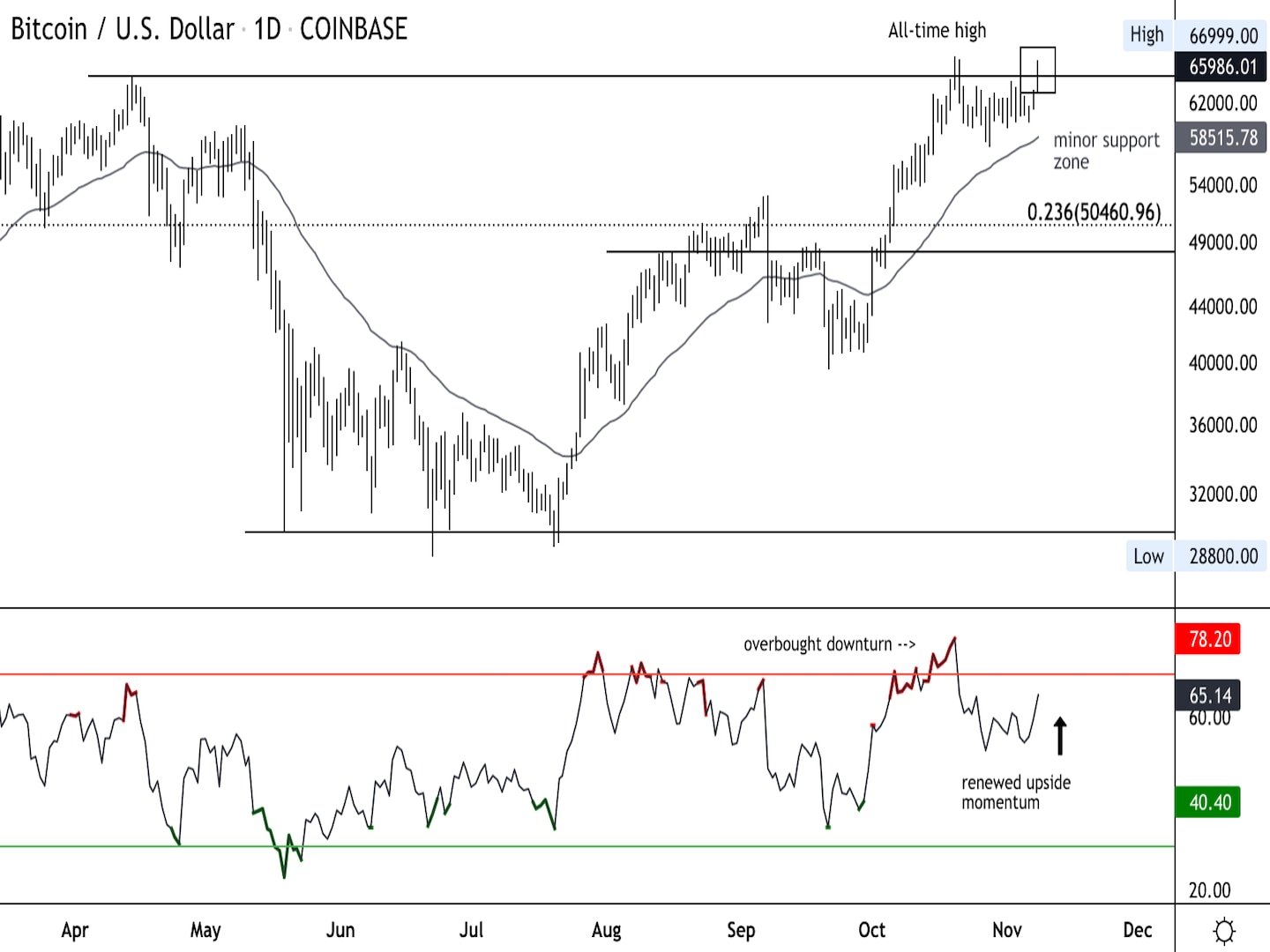 Bitcoin (BTC) broke above a short-term downtrend and broke its record high. At the time of publication, bitcoin’s price had broken $67,500. The cryptocurrency rose more than 7% over the past 24 hours.

Upside momentum is improving after a two-week consolidation phase of between $60,000 and $64,000. A confirmed breakout from that consolidation would require at least two consecutive daily closes above $66,900.

Indicators suggest further upside for BTC’s price, initially toward the $86,000 resistance level. Seasonal strength in the fourth quarter could support continued bullish activity over the next two months.

For now, intraday charts appear to be overbought into Asian trading hours, although pullbacks should remain limited given strong support at around $60,000.

Be on the lookout for the following Nov. 9: