The number of addresses that acquired the cryptocurrency within 20% of the all-time high price climbed sixfold to a record 116,560 in the eight days to Nov. 2, amounting to 12% of the total count of non-zero addresses, according to data provided by blockchain analytics firm IntoTheBlock.

The spike in so-called “All Time Highers” addresses tracked by IntoTheBlock indicates a rush to buy the cryptocurrency near the lifetime price high – a sign of fear of missing out (FOMO) among traders. FOMO is often observed in the last leg of the bull markets.

“Last time this pattern emerged in shiba inu in May, SHIB dropped by 90%,” IntoTheBlock said in its weekly newsletter published Sunday. 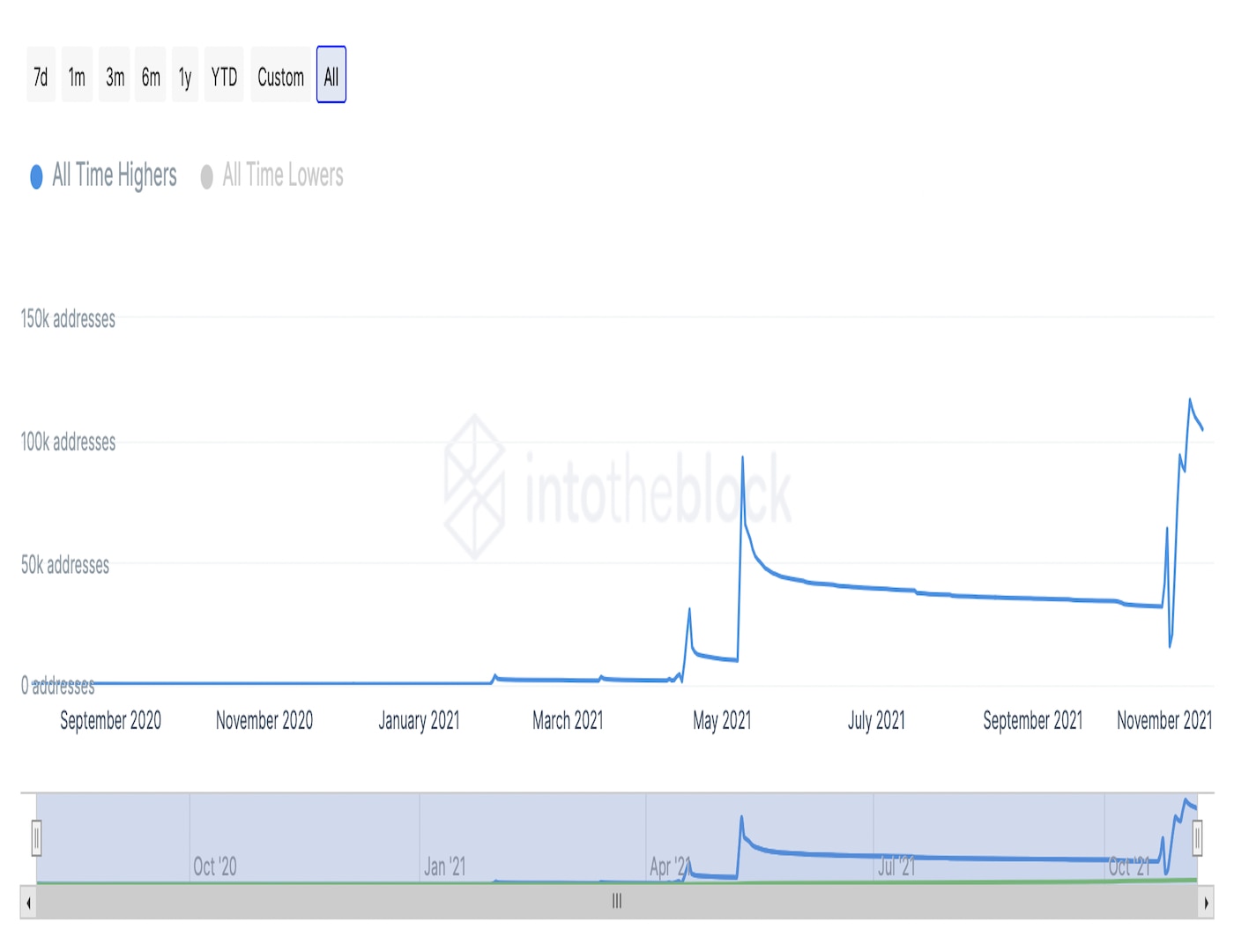 That said, past performance is no guarantee of future action. As the old saying goes, markets can stay irrational longer than sellers can stay solvent.

So SHIB’s record number of all-time highs doesn’t imply a crash is imminent. However, it does serve as a fairly accurate indicator of the degree of speculative action taking place, as IntoTheBlock noted. Savvy investors typically reduce long exposure whenever signs of retail FOMO emerge.

The self-proclaimed dogecoin killer fell 15% last week, ending a five-week rally that saw prices rise nearly 10-fold to $0.00008870. At press time, the cryptocurrency was changing hands near a descending trendline resistance at $0.00005785. 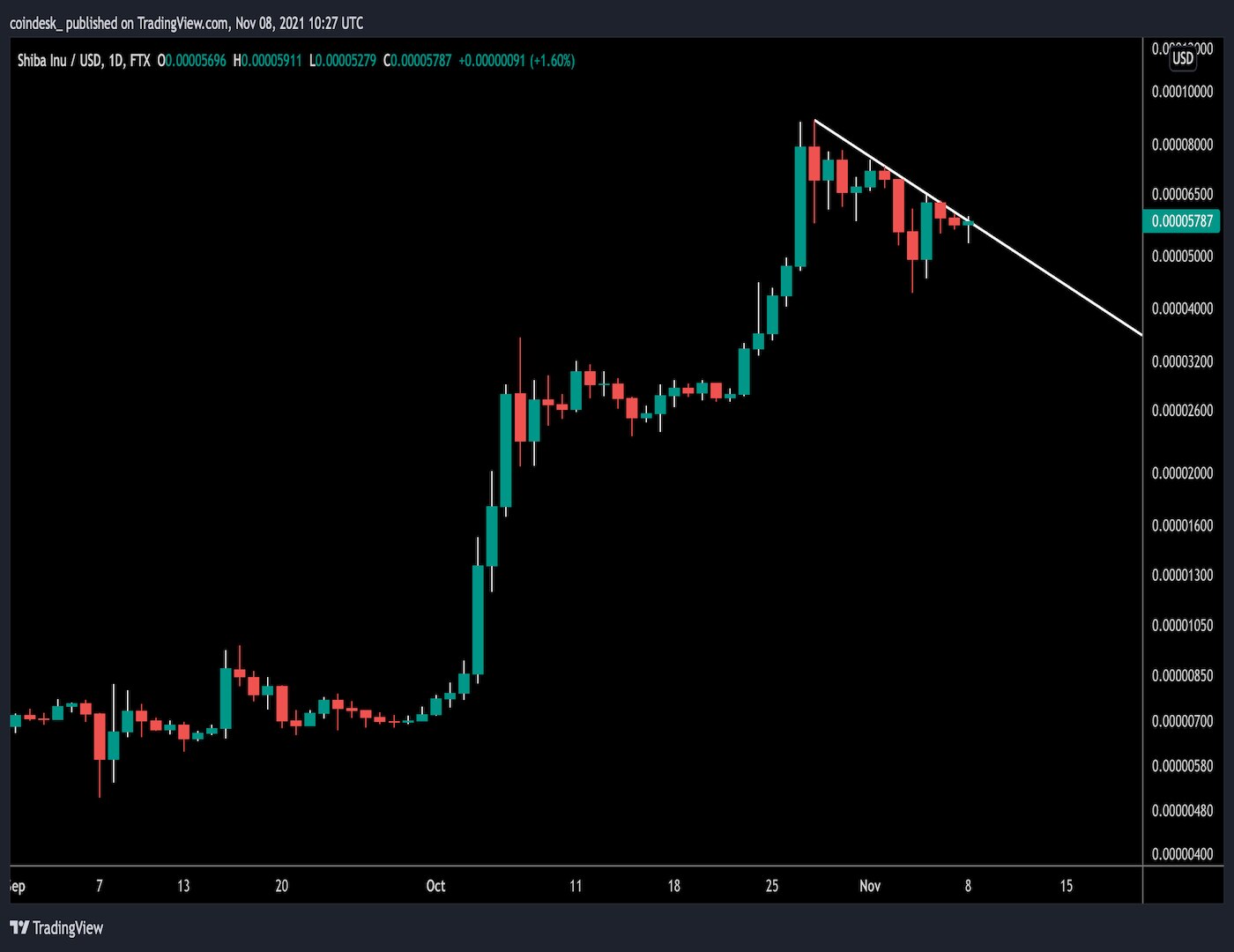