While bitcoin appears to be pulling the broader market higher right now, ether may take the lead in the coming weeks.

The ether-bitcoin (ETH/BTC) weekly chart shows a bull pennant – a technical pattern marked by converging trendlines, indicating an impending continuation of the ether-bitcoin ratio’s upward move from 0.023 to 0.08 seen early this year.

A move above the upper trendline would confirm a breakout or shift in market leadership toward ether.

“It does look like a bull pennant,” Daniel Kukan, senior cryptocurrency trader at Swiss-based Crypto Finance AG, told CoinDesk in a Telegram chat. “I believe ether can take the lead towards the year-end against BTC.” 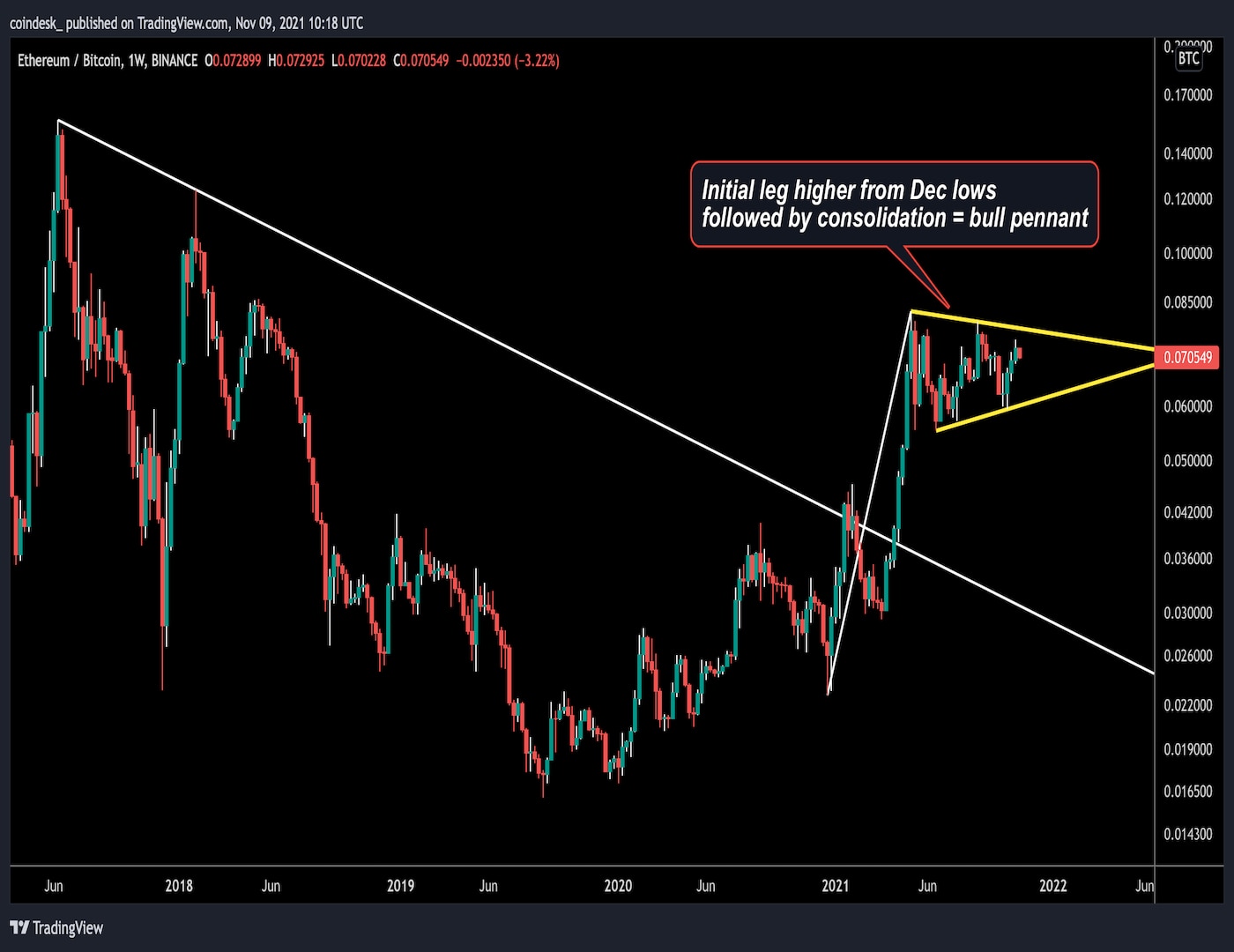 A bull pennant is formed when an initial higher move is followed by a narrowing price range or a consolidation phase. This consolidation is usually resolved to the higher side, allowing for an extension of the price rally.

The pattern is negated if the consolidation ends with a downside break. Recent flows in both the spot and options market support the bullish case in ether.

“ETH was dragged up to an all-time high at $4,740 [last week], but it was actually BTC flow driving the move,” Adam Farthing, chief risk officer at crypto liquidity provider and over-the-counter trader B2C2 Japan, said in a weekly note published Monday.