Bitcoin reached an all-time price high of about $68,950 on Wednesday after a report showed higher-than-expected inflation in October. The cryptocurrency eventually returned some gains as short-term overbought signals appeared on the charts.

Gold also rose to its highest level since June following the U.S. inflation report. The precious metal reversed its negative correlation with bitcoin on Wednesday as seen in the chart above.

“The knee-jerk reaction to the hottest inflation reading in 30 years triggered risk aversion which was accompanied with a strong dollar and weakness across the top cryptos,” Edward Moya, an analyst at Oanda, a foreign exchange brokerage firm.

“Wall Street is quickly realizing that inflation is not fading just yet and demand for inflation hedges will remain strong into the end of the year,” Moya wrote.

Get ready for stagflation

“Our view that there has been a profound paradigm shift in the global economy: The risk of inflation being durably above official targets is now a serious risk, and it is featuring prominently in corporate and household decisions once again,” Deutsche Bank strategists wrote in a research note on Wednesday.

In response to the inflation report, Deutsche Bank lowered its near-term economic growth forecasts and said it now expects a period of “stagflation” – a period of stagnant demand and high inflation.

“For markets, financial conditions remain incredibly accommodative by historic standards, and even as break-evens [market-based inflation expectations] have risen over the last couple of months,” Deutsche Bank wrote.

The supply of bitcoin on exchanges continues to decline, which could indicate a preference among investors to hold BTC in wallets instead of making their coins available to trade on exchanges.

“As a result of continued exchange outflows, the aggregate BTC exchange balance has fallen to multiyear lows of 12.9% of circulating supply,” Glassnode, a crypto data firm, wrote in a blog post.

Exchange outflows continued during BTC’s price consolidation last week, which provided a bullish signal ahead of the fresh all-time high on Wednesday. 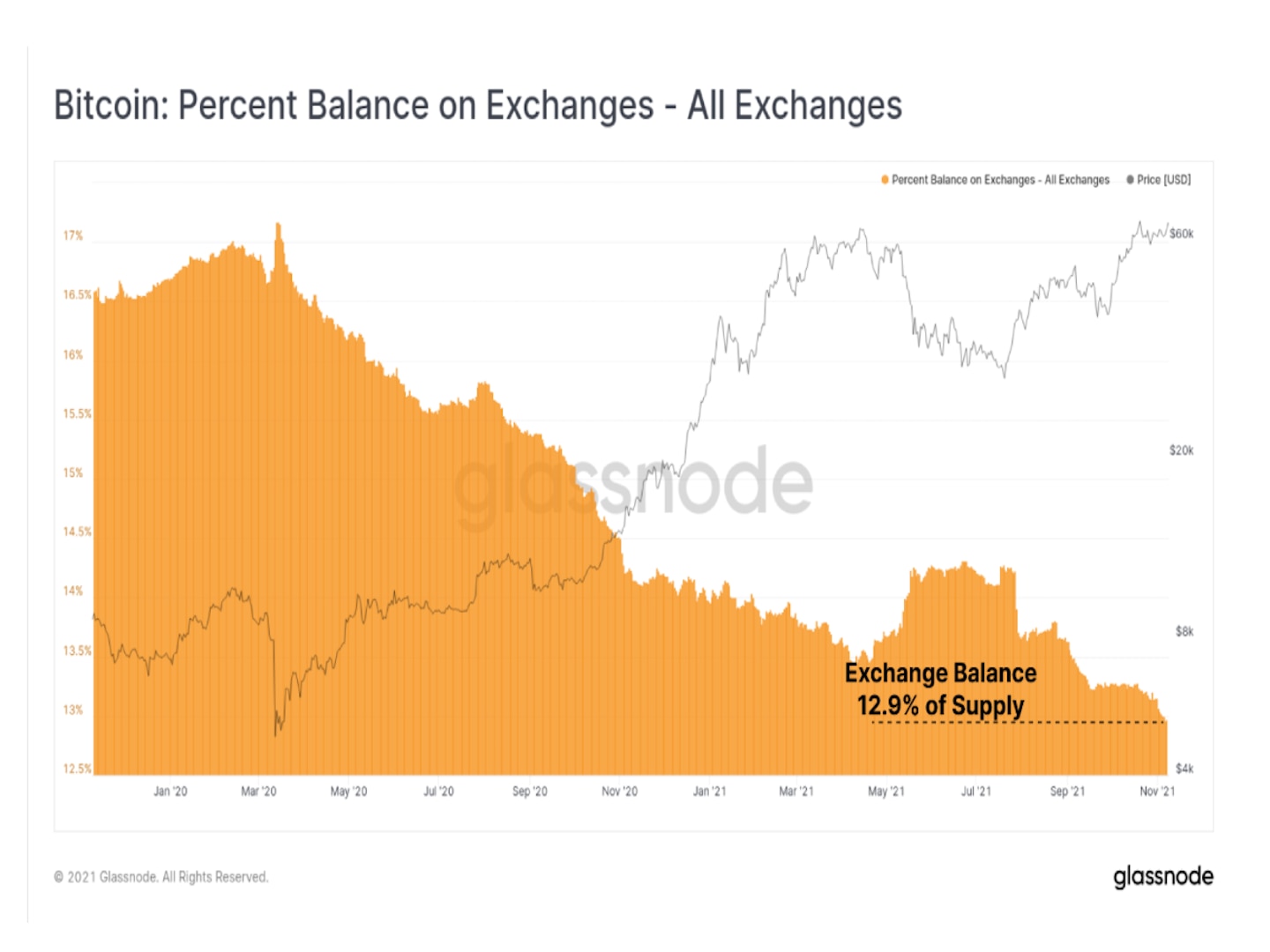