While Texas and Wyoming have taken the limelight since China’s bitcoin mining ban, the groundwork for bitcoin mining is already present in the American Southwest. It’s a good match, too: Bitcoin mining incentivizes healthy economic growth the Four Corners region has desperately needed for generations.

In 2017, West Block, a firm from Calgary, Alberta, approached the Navajo about building a mining center on Navajo land. Earlier this year, the Canadian firm broke ground on an extension of the mine to double in size to 15 megawatts (MW). Using energy sources from the area, the mine can spit out about 400 bitcoin per year (depending on the network conditions).

Will Foxley is the multimedia director at Compass Mining and a former tech reporter for CoinDesk. Compass Mining hosts customers’ machines at the WestBlock Capital facility.

It’s shortsighted to view bitcoins as the only output of the mine, however. The mine creates prospects for multiple avenues of societal growth, including financial access and energy usage, both of which have been long-standing thorns in the Navajos’ side, according to numerous in-person interviews with Navajo Nation members, tribal delegates and government officials conducted as part of a recent documentary on the subject.

And not in a selfish sense but wholly in a self-interested sense. Bitcoin promises a sovereignty the Navajo and others First Nations have always been promised but have never received.

The case for bitcoin

The Navajo Nation is the largest Native American reservation in the United States and the second-largest tribe by head count at around 300,000 members. It’s also one of the most impoverished communities in the U.S. A third of Navajos live under the poverty line while chronic unemployment has become the norm at around 48%.

Much of this poverty has roots in the treaty of 1868 with the U.S. government, Tribal Delegate Amber Kanazbah Crotty told Compass Mining. Its legacy is still very much alive, especially in the nation’s relationship with the banking sector, she said.

“We’re a nation working with the nation of the United States. But they will not recognize that sovereign-to-sovereign agreement when it comes to U.S. currency,” Delegate Crotty said. “They want complete control.” 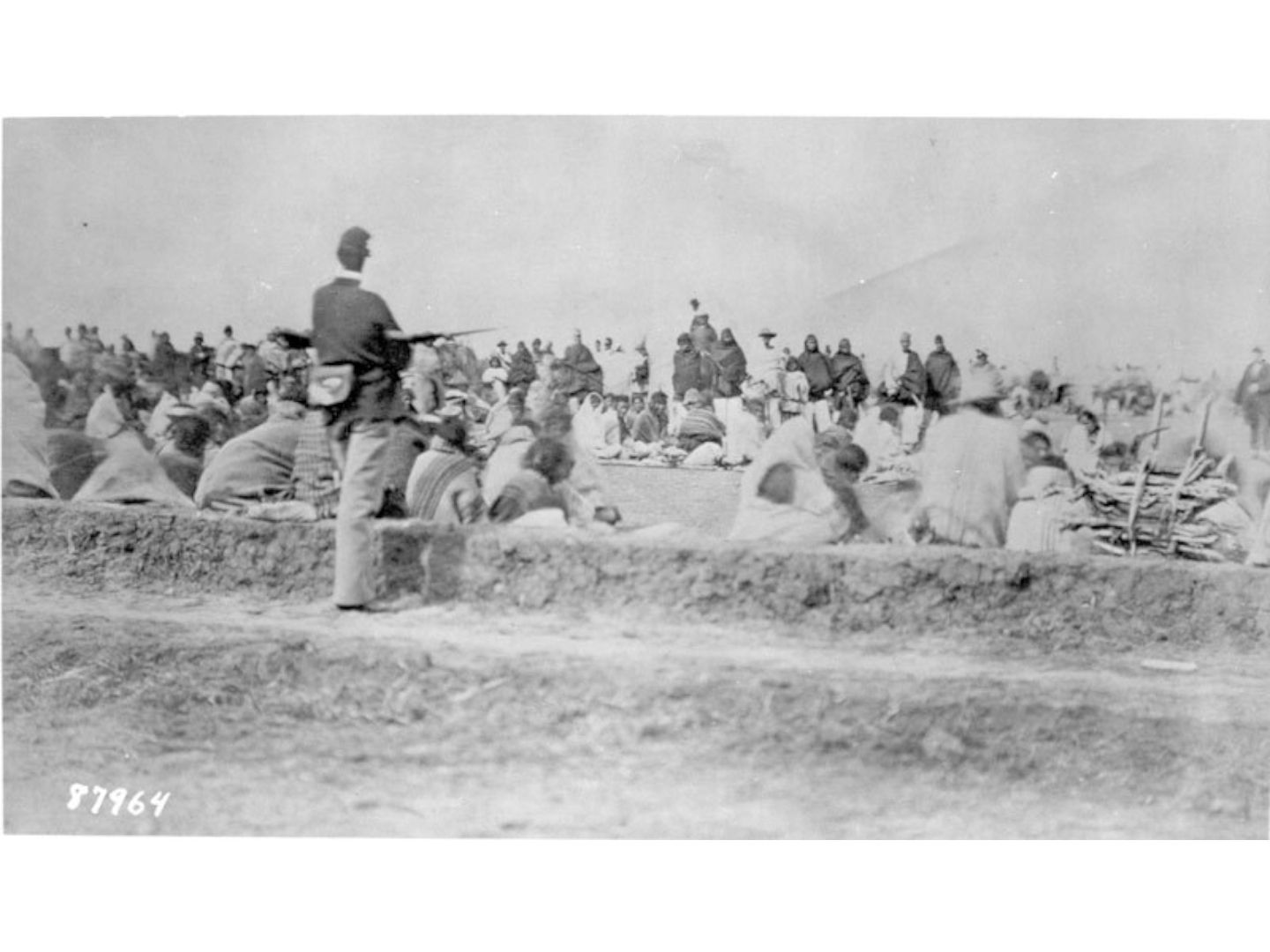 This control is most often noticed in Native Americans’ underbanked status, or what is referred to as the “buckskin curtain.” In fact, Native Americans constitute the least-represented American minority group in the U.S. banking system today.

This exclusion results not just in limited opportunity, but baked in structural disadvantages involving government-to-government interactions. It is especially feared that working with the U.S. banking system could harm the institution of Navajo sovereignty, Crotty said. For example, is it in the Navajo Nation’s interest to interact with the politicized web of financial institutions backed by the dollar? Would doing so harm Navajo sovereignty as a “nation-within-a nation?”

Regardless, the Navajo remain in an odd predicament as a nation. Its citizens are liable for federal taxes to be paid in dollars, but unable to access the myriad of financial tools created for that currency 2,000 miles away on the East Coast. This situation has led to the Navajo exploring alternatives, Crotty said.

Bitcoin adoption isn’t without its challenges. One such difficulty bitcoin miners face is the legacy of physical mining on the reservation and a history of exploitation and unemployment around the sector among its people.

“For many decades, the coal industry provided the Navajo Nation with high-paying jobs and financial support through royalties for our many programs and initiatives,” Navajo Nation President Jonathan Nez wrote in a June 2021 letter to Congress. “Now, the mines are closed, the Navajo Generating Station (NGS) is shuttered and all we’re left with is an ecologically devastating and socially unhealthy mess that no one is stepping up to fix.”

It’s no question that bitcoin mining is a confusing subject. Any locality with a history of earth-based mining will have questions. Although similarities are present – such as high energy usage – the term “mining” is better thought of as an analogy in this case. Bitcoin mining involves no earth extraction, no long-term health consequences or damage to local water tables.

In reality, bitcoin mining is a near-perfect alternative for locations with access to high energy resources. Navajo land is full of both non-renewable and renewable resources, such as coal, hydropower, natural gas and sunlight. Moreover, bitcoin mining’s demand for low-cost reliable based load energy incentives renewable sources, the local Navajo utility said. For bitcoin, then, the question becomes one of marketing. Can the bitcoin industry convince the Navajo and other First Nations that bitcoin is not only in their interest financially but also in the best interest of their land?

From the bitcoin mining industry’s perspective, the case is clear-cut. Financially, bitcoin invites anyone to participate. Anyone can transact freely, enforce the rules with a node or even earn bitcoin by simply plugging into the network. Compare that to the incumbent financial system that has sidelined millions of Navajo since 1868. In terms of energy usage, bitcoin mining incentivizes the use of energy at the source, a key differentiator compared to past energy consumers in megacities hundreds of miles away. Moreover, bitcoin demands constant cheap energy – something the Navajo have in abundance through sunshine. The current mine is a great example, as the majority of its power is derived from renewable solar sources. In fact, it’s even incentivizing further solar build outs on the reservation by consuming a steady baseload of energy.

Yet, for now, the story remains to be played out. Bitcoin has yet to gain the trust of the lion’s share of the Navajo Nation, and education initiatives remain of importance. In the meanwhile, more mines are scheduled to come online in the coming months. And with greater bitcoin mining adoption comes greater awareness of bitcoin as an asset for self-sovereignty.