Cryptocurrencies were mostly lower on Friday after buyers failed to sustain the all-time price highs reached in bitcoin and ether earlier this week. Analysts expect trading activity to advance next week following the Bitcoin Taproot upgrade, which aims to improve privacy and efficiency on the blockchain network.

“Bulls may have some power left to push the market higher as a result of the [Taproot] upgrade,” Lukas Enzersdorfer-Konrad, chief product officer at Bitpanda, wrote in an email to CoinDesk.

The upgrade is expected to be implemented in the next few days, although other analysts expect minimal impact on bitcoin’s price. It’s possible some investors have entered long positions ahead of the Taproot upgrade given BTC’s near 30% gain over the past few months.

In the meantime, traders are looking beyond bitcoin for additional profit opportunities, albeit after a possible price correction.

“Bitcoin’s chart has likely become too noisy to remain a reliable indicator of the crypto market, conceding that role to ether,” Alex Kuptsikevich, an analyst at FxPro, wrote in an email to CoinDesk. “If so, a break of this strong uptrend could prove to be the first signal of a correction,” which could encourage buying on dips, Kuptsikevich wrote.

Read more: An Investor’s Perspective on the Bitcoin Taproot Upgrade

Bitcoin’s realized volatility is slowly drifting back toward a one-year low, according to options data provider Skew. The chart below shows a persistent decline in volatility since May, which was when BTC entered a bear market.

For now, some analysts expect volatility to remain low despite recent all-time price highs. QCP Capital, a crypto trading firm based in Singapore, stated in a Telegram chat that it holds a neutral position in BTC and a short-vega options position in ETH. Short-vega means the trader benefits if implied volatility falls. 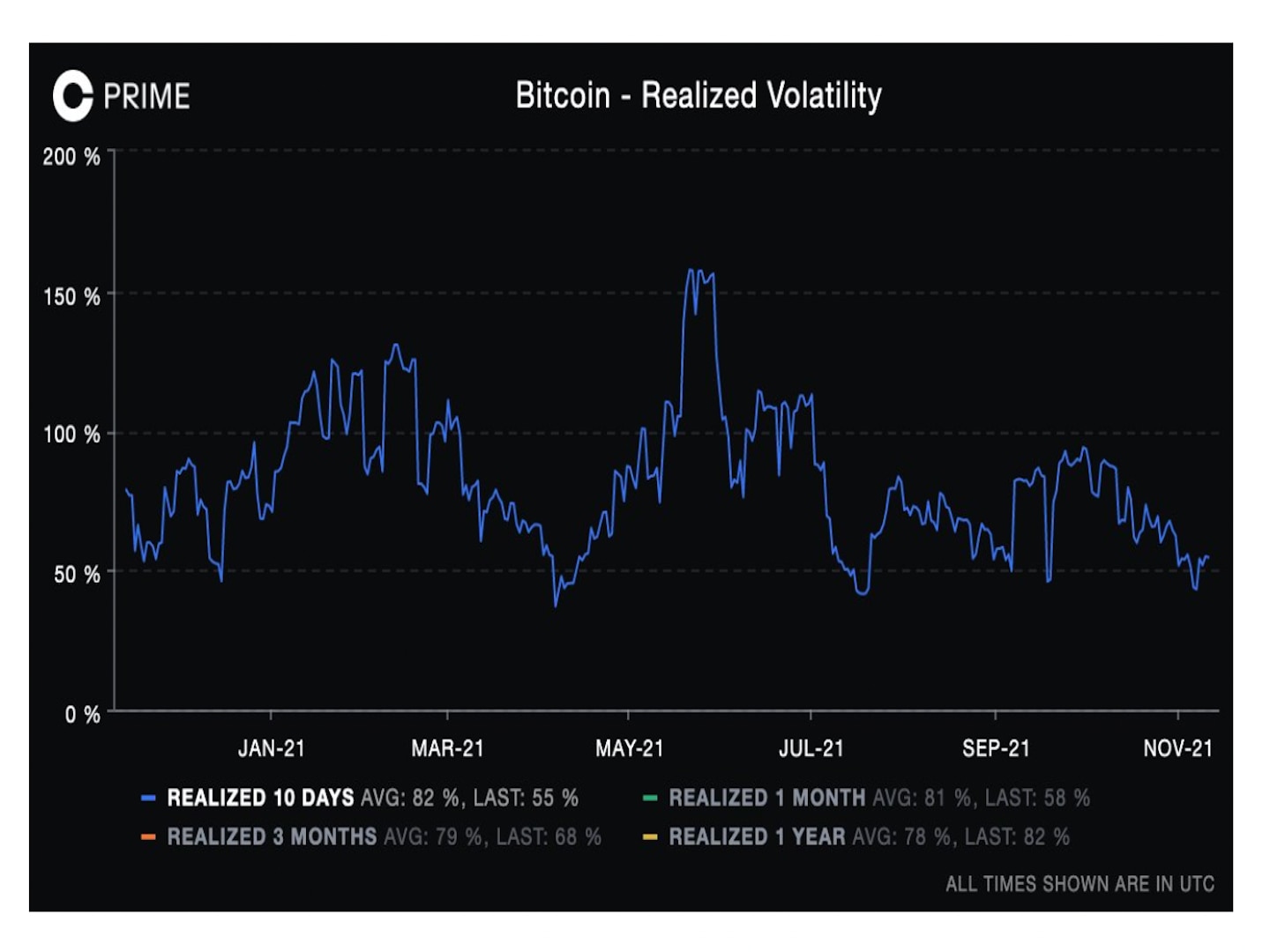 Ether, the world’s second-largest cryptocurrency by market capitalization, could face a pullback toward the $4,000-$4,2000 support zone. Technical indicators show initial signs of upside exhaustion after ether reached an all-time price high around $4,800 earlier this week.

ETH is up about 3% over the past week, compared with a 4% rise in BTC over the same period. The chart below shows a slight drop in the ETH/BTC price ratio this month, although the downside appears to be limited toward the 0.067 support level. 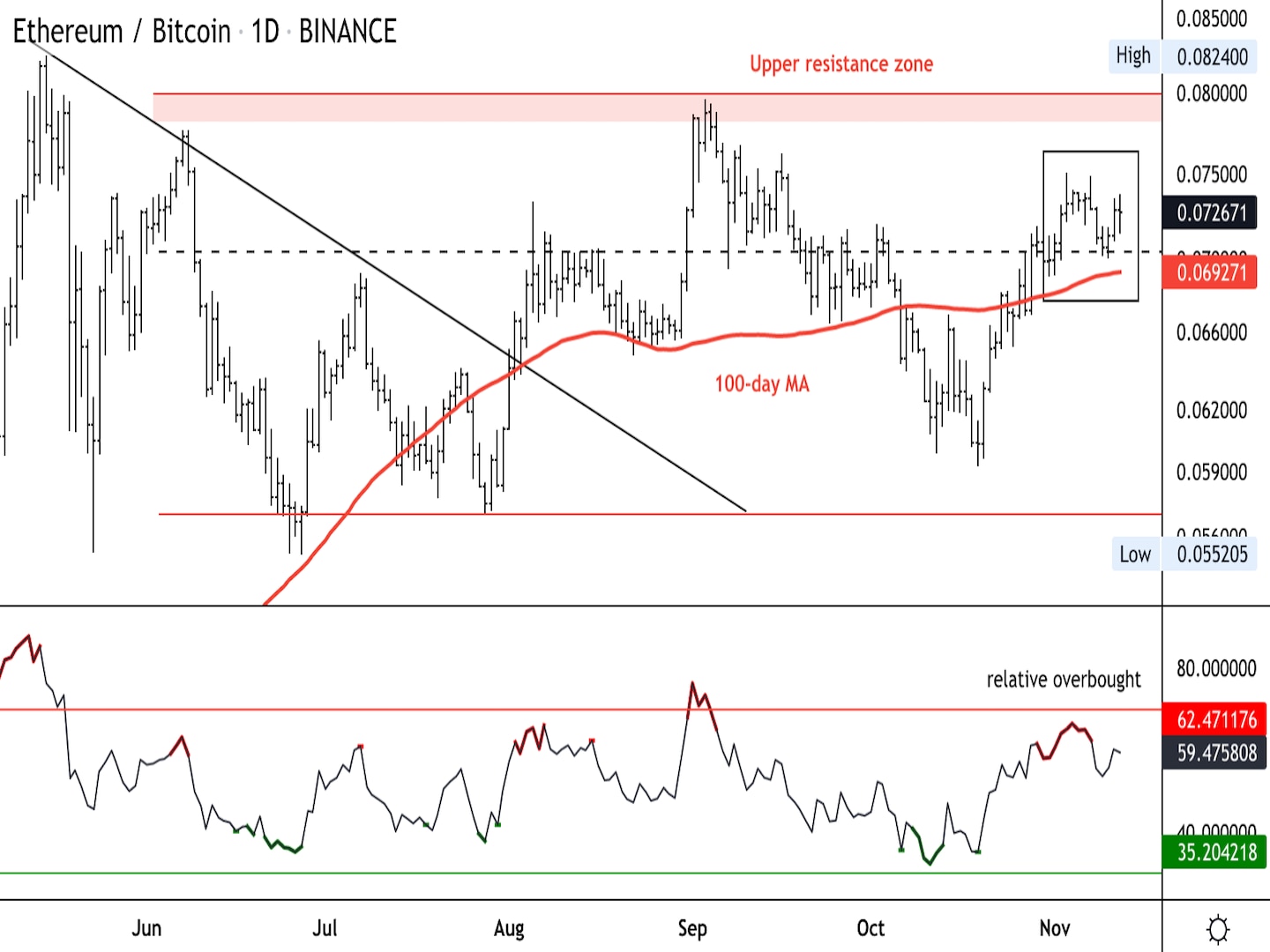