Bitcoin was roughly flat over the past 24 hours, suggesting that investor enthusiasm over the Bitcoin blockchain’s Taproot upgrade is starting to fade. In October some analysts warned the upgrade might already be priced in given BTC’s near-40% rally over the past few months.

Still, it remains to be seen whether investors will continue to accumulate BTC in hopes of long-term gains. “Historically, bitcoin has risen after past upgrades [to the Bitcoin blockchain], so many see this as possibly history repeating itself,” Marcus Sotiriou, a trader at U.K.-based digital asset broker GlobalBlock, wrote in an email to CoinDesk.

Over the short term, technical indicators show slowing upside momentum in BTC. This means the current pullback could extend into Asian trading hours, albeit limited toward the $57,000-$60,000 support zone.

“While the cryptocurrency market remains in its bullish phase, the tendency towards consolidation is worrisome, shaping the market’s advance in small steps,” Alex Kuptsikevich, an analyst at FxPro, wrote in an email to CoinDesk.

Some indicators suggest bitcoin’s price could continue higher, similar to the fourth-quarter bull run in 2020.

For example, the chart below shows the Mayer Multiple, a simple oscillator that measures the divergence between BTC’s price and its 200-day moving average. The oscillator is still below extreme levels seen earlier this year, indicating further room for BTC to trend higher. 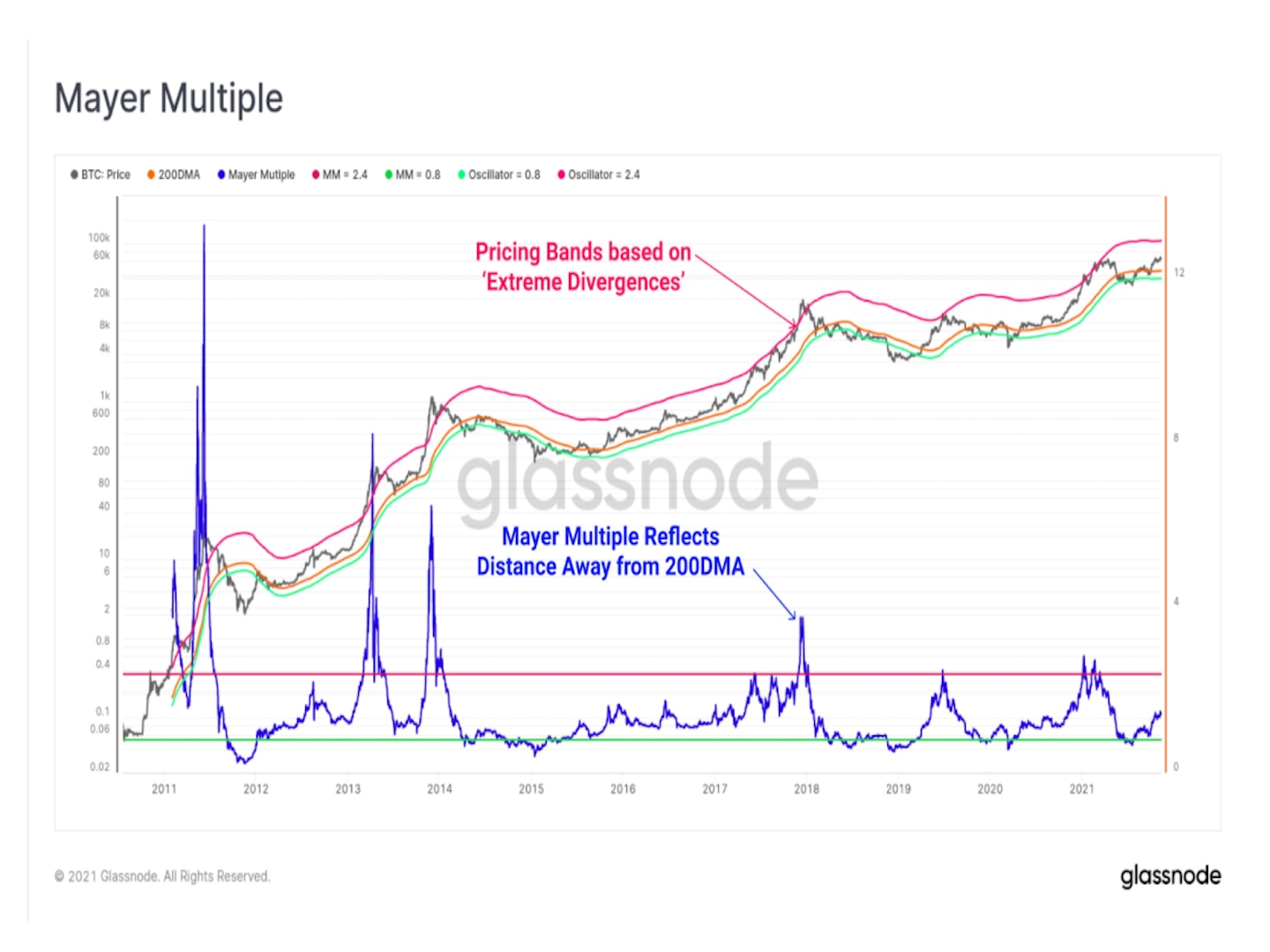 Some analysts also point to increasing transactions by bitcoin whales (large holders) as a sign of growing investor demand. “It’s the largest [movement] I’ve ever seen since 2017 excluding outliers,” Ki Young Ju, CEO of CryptoQuant, wrote in a blog post.

The average bitcoin transaction amount by large holders remains elevated over the past few months, according to blockchain data compiled by CryptoQuant.

The total flows into cryptocurrency funds declined from the fourth straight week, slipping from $174 million last week, according to a CoinShares report. The amount is still well off the $1.5 billion of inflows notched a few weeks ago when new exchange-traded funds backed by bitcoin futures contracts debuted in the U.S.

Funds focused on bitcoin, the largest cryptocurrency by market capitalization, gained $98 million, up from $95 million the week before and pushing assets under management (AUM) to a record $56 billion, although bitcoin’s dominance against alternative coins (altcoins) has waned over the week. 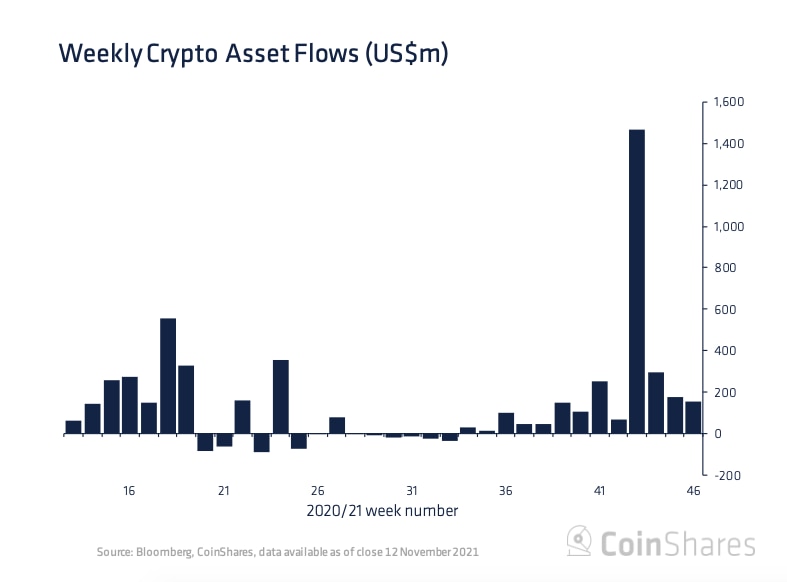