The Lisbon sky crackled with fireworks and roving spotlights. Dance music pulsed out of a purple-lit marble facade. Foreigners pressed past hired muscle.

Locals gawked at this mysterious gala. What spectacle had taken over Commerce Square, they wondered, and why were its guests talking about crypto coins? They stared at a banner: “SOLANA BREAKPOINT.”

Solana’s opulent conference wrapped with a bang late Wednesday after three breakneck days of panelists and parties meant, as the event website put it, to be a “celebration” of the network’s rapid ascent. Some 2,000 attendees had come to discuss the future: of finance, digital ownership, governance, trading, social media and online communities.

Most seemed to believe that blockchains and tokens – specifically Solana’s – were primed to disrupt it all. Mainstream crypto, they said in panels and party chatter, was within reach.

It was a coming-out party for a network racing moonward. After months of SOL’s market cap soaring, Solana, a fast and cheap hub for decentralized finance (DeFi), is seeing talent and capital flow into projects – spanning non-fungible tokens (NFT), derivatives, lending, staking, trading and more. Solana’s top brass joked that the projects were spawning too quickly to count.

The @solana ecosystem – growing so fast they can’t fit all of the logos on a slide anymore @rajgokal pic.twitter.com/vwug5rE81q

Mass crypto adoption has been a constant refrain in Lisbon this autumn. Since mid-October the Portuguese capital has hosted a blockchain week, an Ethereum convention, a NEAR event, a generalist web conference and a Cosmos summit – with Solana Breakpoint bookending the lot.

Zaki Manian, a Cosmos partisan who nonetheless said he was short-term bullish on Solana, said the speculators vastly outnumbered the builders. “This is an event for people who are trying to figure out what has driven this massive price rise,” he said.

Massive is an understatement. A $1,000 investment in SOL on Jan. 1 would have been worth over $172,000 on Nov. 6. The ecosystem has minted hordes of crypto rich in the COVID-19 era, and nowhere has this wealth accumulated faster than Solana’s elite upper class. Venture firms bet big on Solana and won.

It was impossible to ignore their influence at Breakpoint. They moderated panels, joined project cap tables and rented out mansions, palaces and clubs. FTX, Multicoin, Solana Ventures, Jump Capital, Alameda and Race Capital studded the show.

These kinds of firms are the capitalist engines backing this $15 billion ecosystem’s staggering growth. They’re not like the VC firms of the tech and business world, one team told CoinDesk; they don’t drain months on due diligence before signing checks.

And seldom do they sign actual checks. Stablecoins are crypto firms’ currency of choice, and in Solana-land they’re shelling them out fast. Projects can sometimes add a top name to their cap table in 10 Telegram messages or less, multiple sources said.

It certainly felt like money wasn’t real. Reddit co-founder Alexis Ohanian arrived in Lisbon planning to back a $50 million fund. By showtime, he and Solana Labs had doubled their ante to $100 million.

An air of exclusivity pervaded the sold-out conference. Pricey $1,000 tickets gained entry to Breakpoint’s main stage (in a converted warehouse with edgy vibes) a developer-focused outpost (in a swanky riverside restaurant) and Lisbon’s botanical gardens. Tuk-tuks (auto-rickshaws) whisked attendees across town on demand.

While these excesses made Breakpoint feel at times more like a gilded retreat than a crypto convention, the on-stage content had real substance.

There’s plenty of material. For starters, Solana is not EVM-compatible, meaning projects deployed on DeFi market leader Ethereum cannot easily port over to it. This barrier may fall as one project is preparing a solution.

Solana also has heavy participation costs. Network validators must spend tens of thousands of dollars to keep their nodes relevant, an engineer at a validator firm told CoinDesk. A higher barrier to entry means fewer participants can afford to participate in Solana’s most fundamental duty.

But Solana, which touts its minuscule transaction fees and super-fast settlement times, achieves those usability wins over Ethereum in part by taking a pragmatic approach to decentralization, a reality that was not lost on the panelists.

“Sometimes we may sacrifice some level of decentralization to improve the user experience,” Andriy Velykyy of token bridging project Allbridge said on one panel. “In some cases when we add too much of the decentralization, that can impact users in a bad way. That’s something we should think about as business owners.”

Indeed, one of the main critiques levied at Solana is that it is not sufficiently decentralized.

Solana’s Yakovenko framed the decentralization debate around network longevity. “When [stuff] hits the fan, can you still recover and continue?” Yes, he said, as long as one node survives with the network’s history intact. 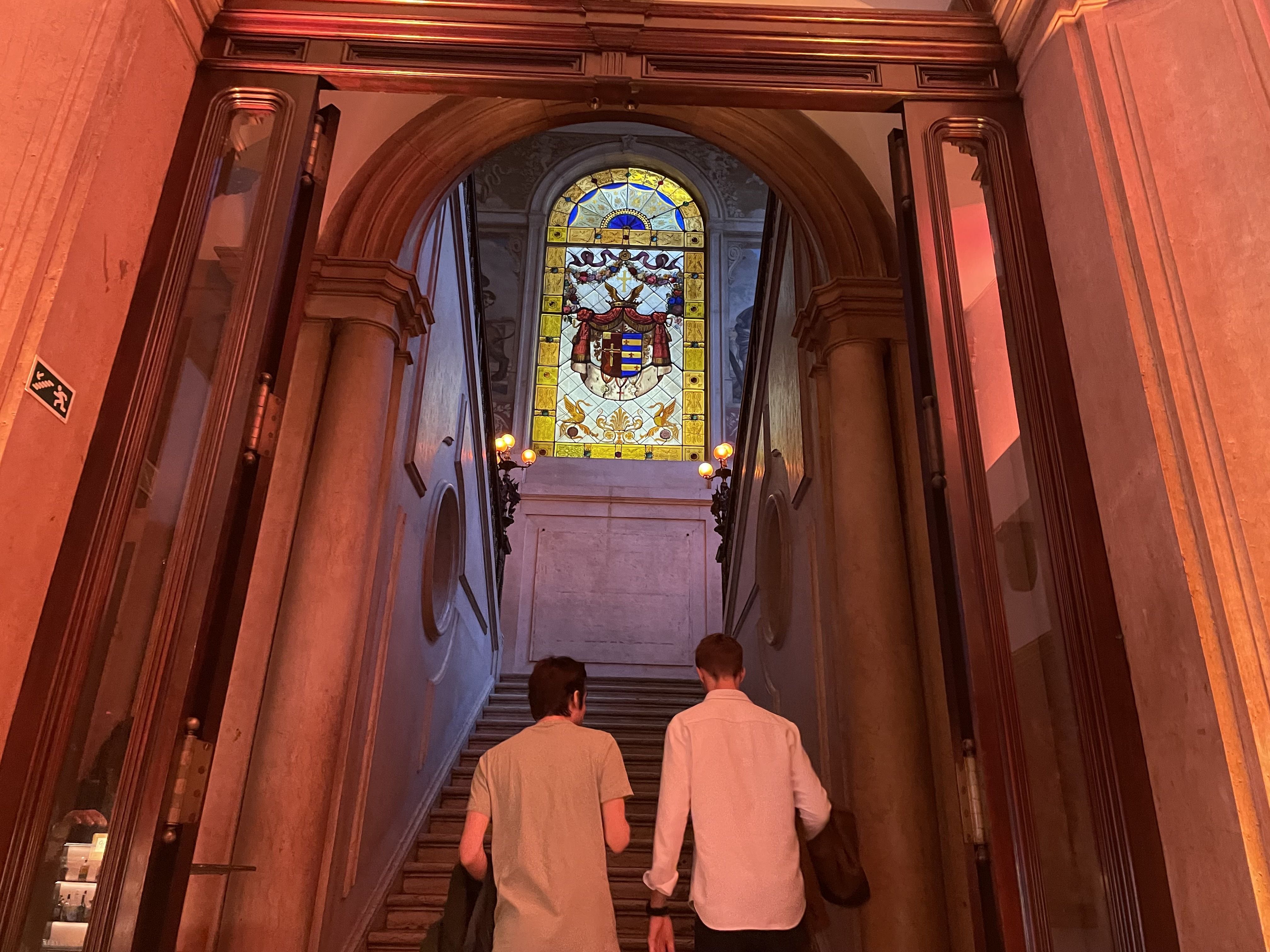 Crypto “decentralization” comes in many flavors. There’s accessibility, governance, competition – all in addition to node count. Breakpoint highlighted just how many of Solana’s successes came at the sacrifice of some of crypto’s cultural mores.

For example, Serum, the liquidity protocol backed by FTX’s Sam Bankman-Fried, is largely responsible for the proliferation of Solana-based decentralized exchanges. NFT protocol Metaplex has a firm grasp on the ecosystem’s NFTs. Phantom, the super-popular wallet app developed by the eponymous company, is not open source.

“Solana is so freaking competitive,” Orca’s Grace Kwan said during a panel on DeFi protocols where she argued against open sourcing too early. Doing so would be akin to showing the poker table her hand. Her fellow panelists agreed.

Little slips betrayed how invested the big players were in shaping the Solana ecosystem’s image.

When a reporter met with a top Serum advisor for an informal interview, he was joined by two minders: one from Alameda Research, the other from Serum’s public relations firm.

The thing is, Solana works. And it works well. And it works fast. That was more than enough for Breakpoint’s chain-agnostic trading degens.

“I’m not a maximalist for decentralization; I don’t give a s**t about it, to be honest,” said Danny, a conference participant from the British Commonwealth who refused to provide his last name – for legal reasons.

Danny said he’d been a crypto trader since 2016. He’d flown in to see what this Solana thing was all about. To him, this chain was just another opportunity to make some cash. To his surprise, Danny was finding how many of his fellow trading mercenaries were cashing in here.

“It’s been a real, real insight to see how many degens are getting jobs,” he said, noting that he had no interest in going legit.

Breakpoint’s gathering of paper-rich moonboys was the latest chapter in crypto’s long history of throwing gilded conferences in faraway lands. This one traded garish wealth-signaling for accessible sophistication. Gone are the days where one parks a rented Lamborghini in Times Square to boast of heavy bags.

As one Hong Kong-based trader put it at a mansion party across the bridge from Lisbon, “Do we deserve all this wealth?”

His shellshocked look toward a bevy of flashing lights left the question unanswered.