Cryptocurrencies were mostly lower on Tuesday as some traders reacted to the signing of the U.S. infrastructure bill containing a controversial crypto tax-reporting requirement.

The bill would require all crypto brokers to report transactions under the current tax code. Industry proponents worried the definition would be too broad, involving entities such as miners and other parties that don’t actually facilitate transactions, CoinDesk’s Nelson Wang reported.

“We’ve seen the U.S. infrastructure bill get signed, which has initiated a sell-off from traders who are concerned about regulation and taxation” for digital currencies, noted Hayden Hughes, CEO of crypto strategy platform Alpha Impact, in Seeking Alpha’s Tuesday newsletter.

Bitcoin’s price slid about 5% over the past 24 hours, although the price later stabilized around the $60,000 support level. Technical indicators suggest BTC is oversold, which could support a brief price bounce during Asian trading hours.

“Bitcoin’s sell-off has taken it back to levels last seen 10 days ago; hardly a plunge, more a correction of the multi-month rally,” Nicholas Cawley, an analyst at DailyFX, wrote in an email to CoinDesk.

“After bitcoin’s crash today, the index will likely see a substantial fall, but this is common in bull markets and doesn’t necessarily imply that the show is over for now,” Arcane Research wrote in a Tuesday report.

Bitcoin’s pullback also triggered higher intraday volatility, which could mean buyers and sellers are uncertain about future price direction. BTC has traded in a range between $57,000 and $69,000 over the past week. 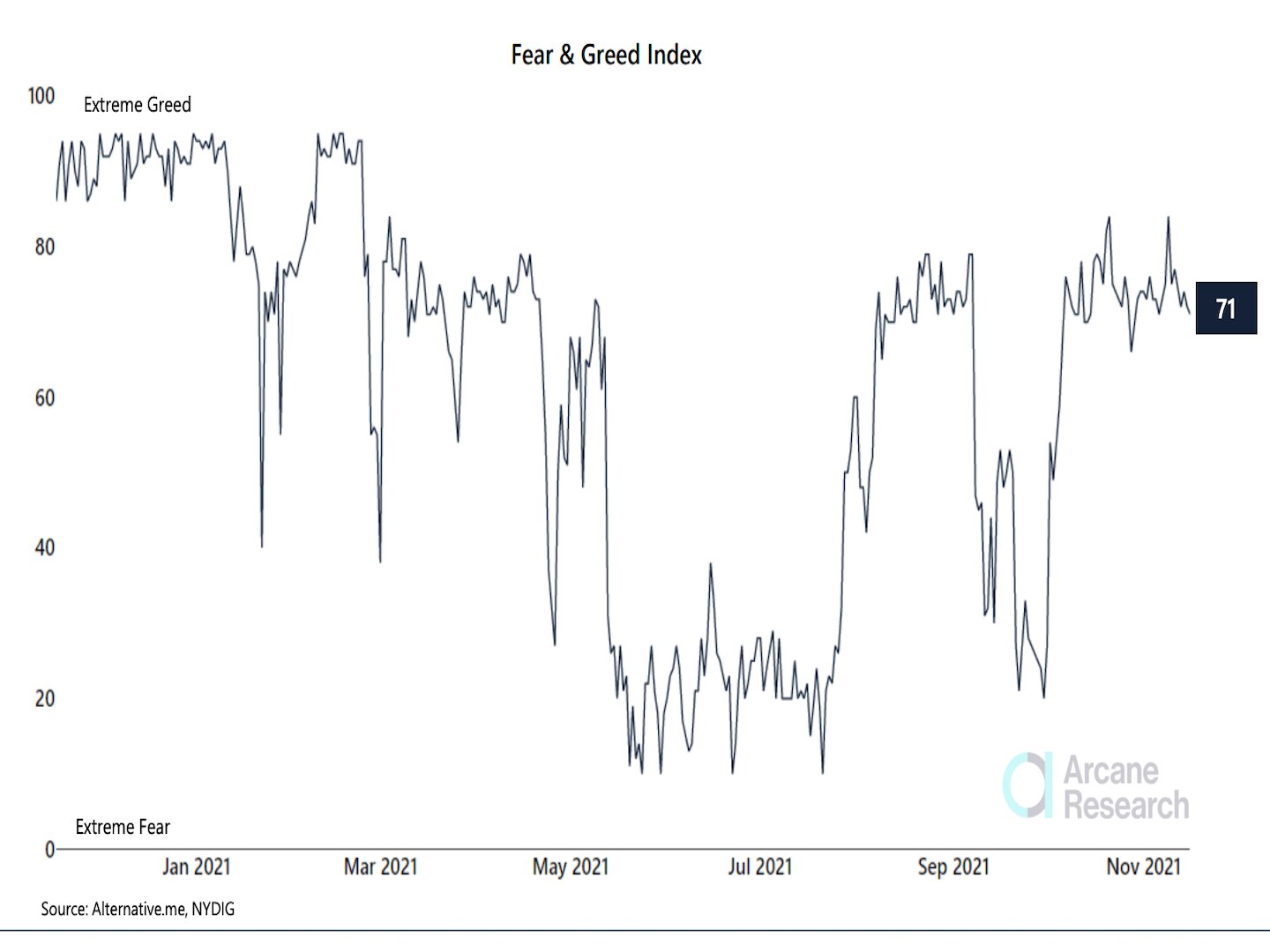 “The crypto space has now become mildly overbought,” Santiago Espinosa, a strategist at MRB Partners, an investment research firm, said during an interview with CoinDesk. The chart below shows MRB’s cyclical momentum indicator, which has risen from oversold levels over the past month.

For now, “I believe that until real interest rates become restrictive, the recent rally in this speculative space has legs,” Espinosa said. 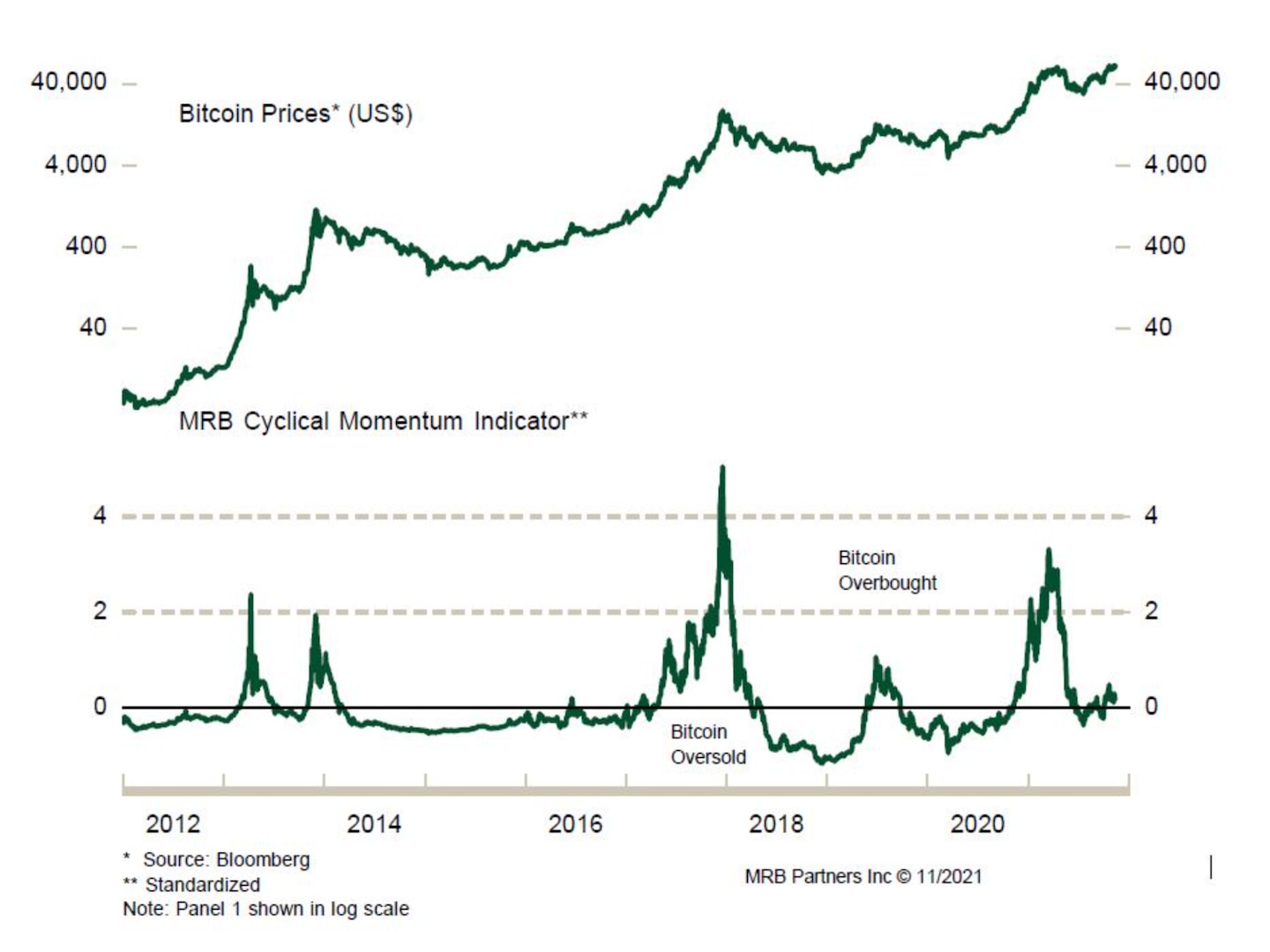 All major digital assets in the CoinDesk 20 ended the day lower.