Market moves: Bitcoin edged toward $58,000 as altcoins and other layer 1 tokens recovered from seven-day lows.

Technician’s take: Momentum is improving as oversold readings appear on the chart.

Bitcoin struggled to move above $58,000 during U.S. trading hours on Tuesday, while alternative cryptocurrencies (altcoins), including ether and other layer 1 tokens recovered to above their seven-day lows.

As a result, the bitcoin dominance chart, which shows the extent of the crypto’s dominance over the rest of the market, continued to signal a bias toward altcoin exposure, according to TradingView, down to roughly 42.31% from October’s high at 47.41%. 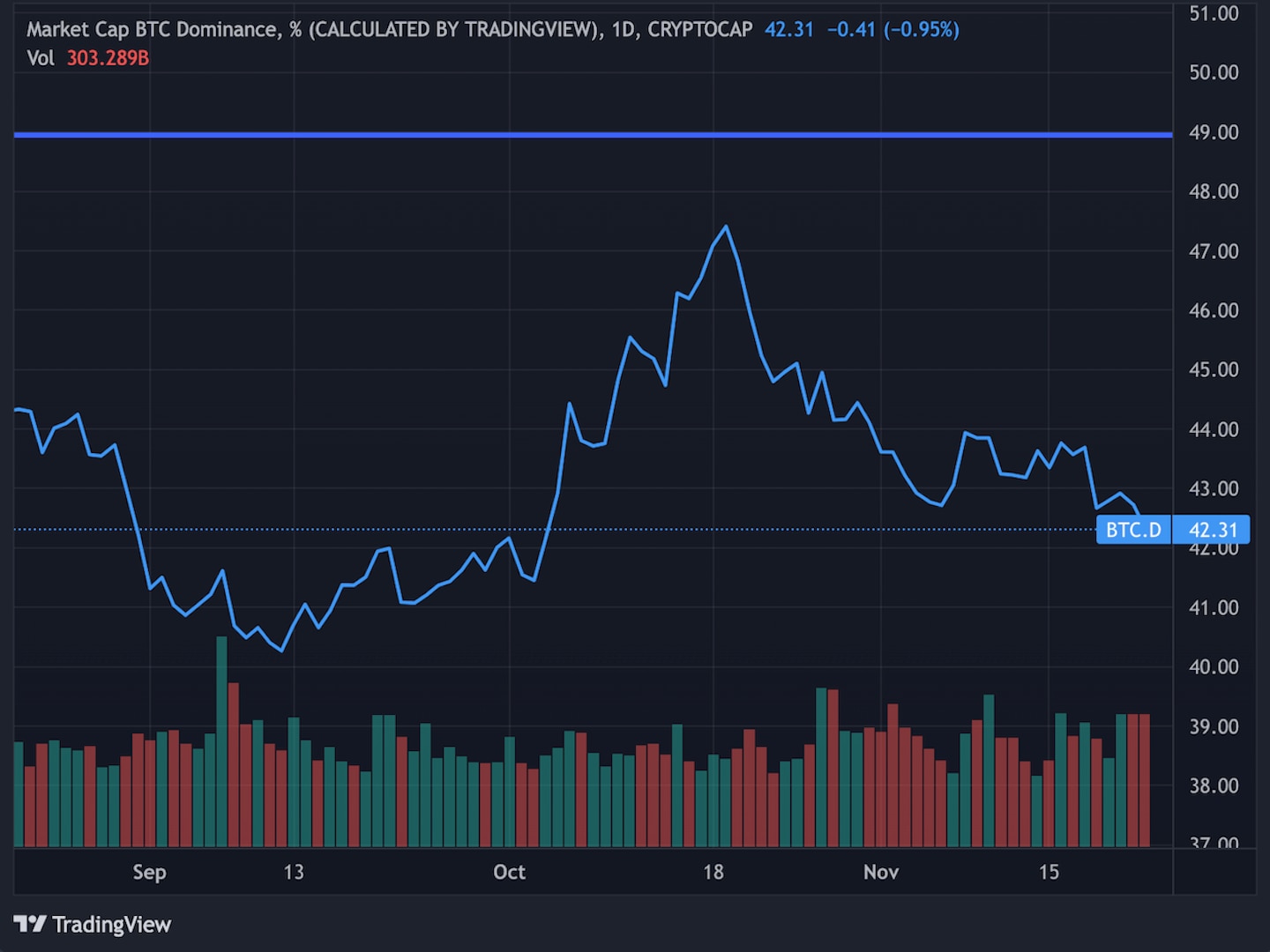 Lucas Outumuro, head of research at blockchain analytics firm IntoTheBlock, noted a stronger correlation between the stock market and ether than between stocks and bitcoin. 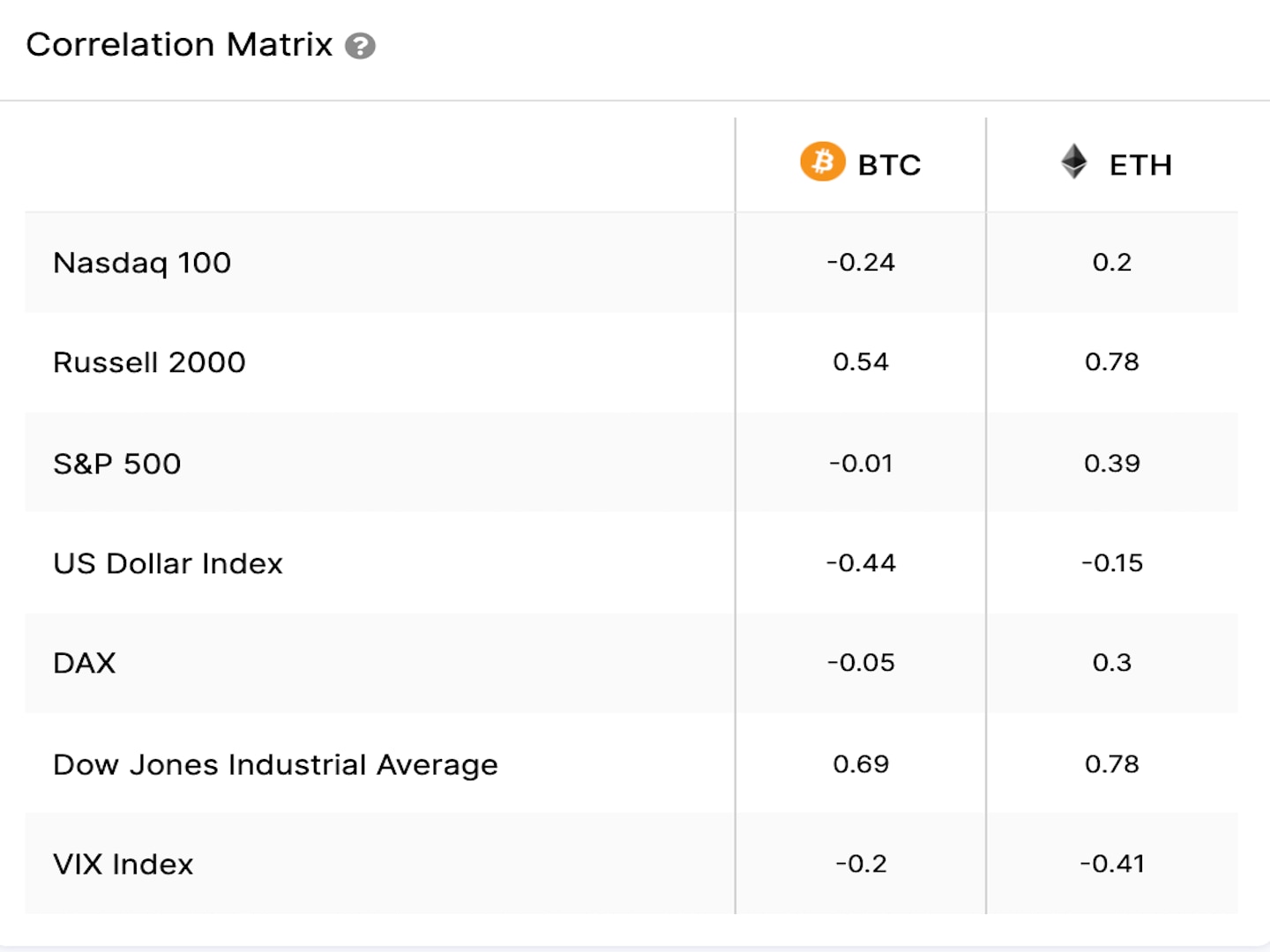 “Bitcoin is struggling to consolidate as an inflation hedge but is also not following risk assets, which may be leaving some investors uncertain,” Outumuro said. “Ether has been more closely correlated to stocks, which suggests investors [are] treating it more like a risk-on trade.”

On the traditional markets, technology stocks moved the S&P 500 lowered on Tuesday, which could have a negative impact on the crypto market on Wednesday. 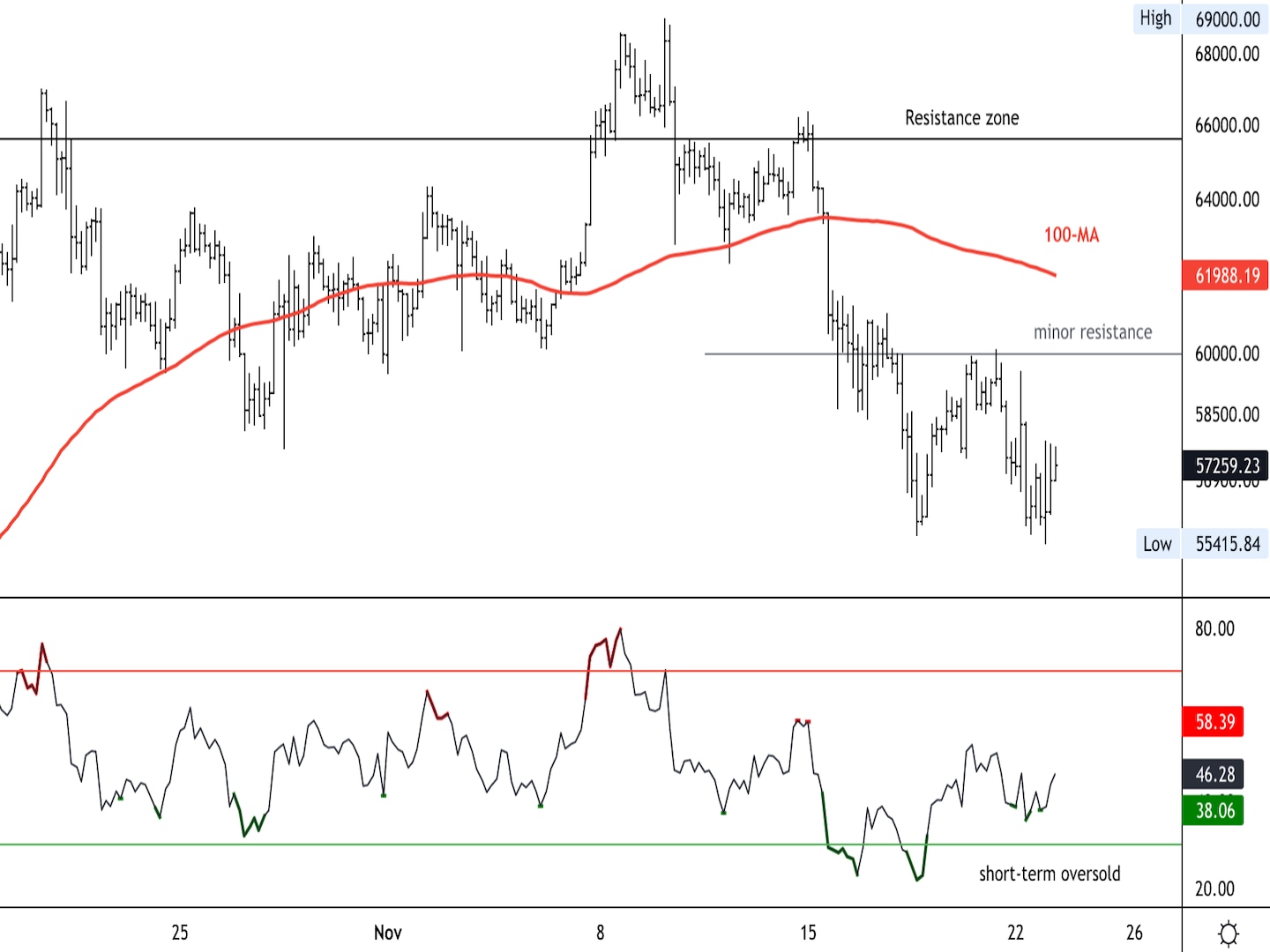 The cryptocurrency has held short-term support at about $56,000 as selling pressure has stabilized.

The relative strength index (RSI) is rising from oversold levels, similar to what happened on Oct. 27, which preceded a price recovery. On the daily chart, the RSI is approaching oversold levels for the first time since late-September.

Further, bitcoin’s correction from an all-time high of nearly $69,000 appears to be exhausted, which could encourage buyers to return. Momentum is improving into the Asian trading day, although resistance at around $63,000 could limit further upside over the short term.

Ethereum’s Fees Are Too Damn High

Today’s Crypto Explainer: How to Send Bitcoin Tips on Twitter