Bitcoin was in recovery mode on Monday as bearish sentiment waned. The cryptocurrency was up about 6% over the past 24 hours compared with a 7% gain in ether over the same period. Generally, some traders are looking to buy on price dips given seasonal strength into year’s end.

“If indeed [the sell-off] is over, such a pullback could clear the way for growth to new highs, as bulls were allowed to lock in profits and shortly after to buy the dip,” Alex Kuptsikevich, an analyst at FxPro, wrote in an email to CoinDesk.

“On the other hand, BTC remains below its 50-day average (currently around $60K), which has acted as resistance for the past 10 days. A failed breakout would indicate the end of bitcoin’s bullish trend,” Kuptsikevich wrote.

Some analysts expect crypto volatility to continue lower, which means limited downside with the potential for higher price gains.

“We are betting that the market will consolidate instead of breaking lower. So we are taking the opportunity to short [volatility] in BTC and ETH,” crypto hedge fund QCP Capital wrote in a Telegram announcement.

On an annualized basis, bitcoin and ether’s 30-day volatility remains low compared with earlier this year. Meanwhile, despite the latest spike, the S&P 500′s annualized volatility has declined from its March 2020 peak. 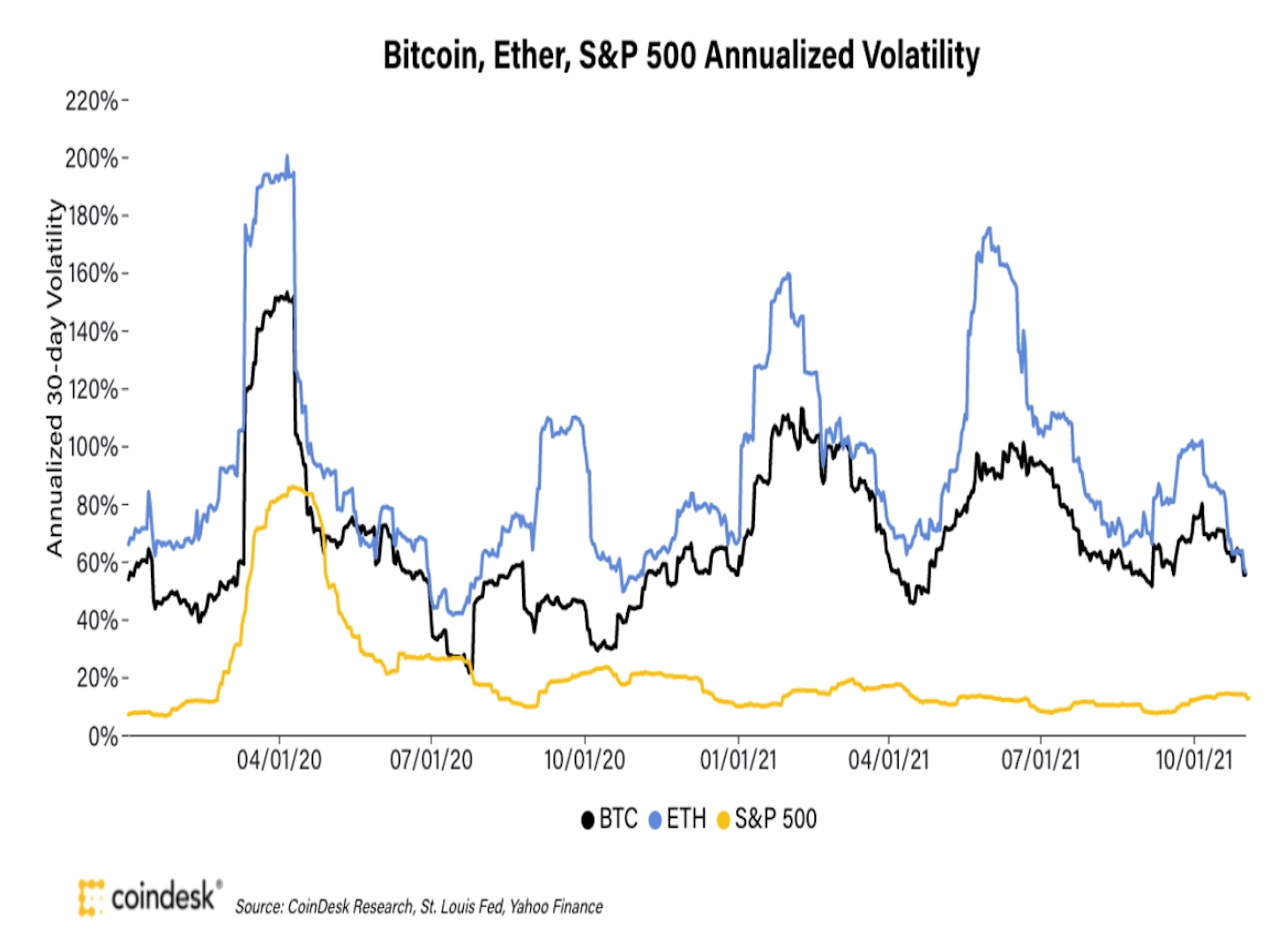 Some analysts expect volatility to eventually rise next year, especially as the correlation between bitcoin and the S&P 500 remains elevated. For now, pullbacks in assets deemed to be risky, such as cryptocurrencies and stocks, appear to be limited given strong seasonal trends.

Bitcoin dropped nearly 20% from its all-time high near $69,000 last week, which was the largest drawdown (percentage decline from peak to trough) since September. Historically, bitcoin experienced sharp drawdowns around all-time highs, which suggests the current correction could be short-lived.

The chart below shows previous sell-offs resulting in drawdowns as deep as 24% have quickly recovered toward the all-time price high. 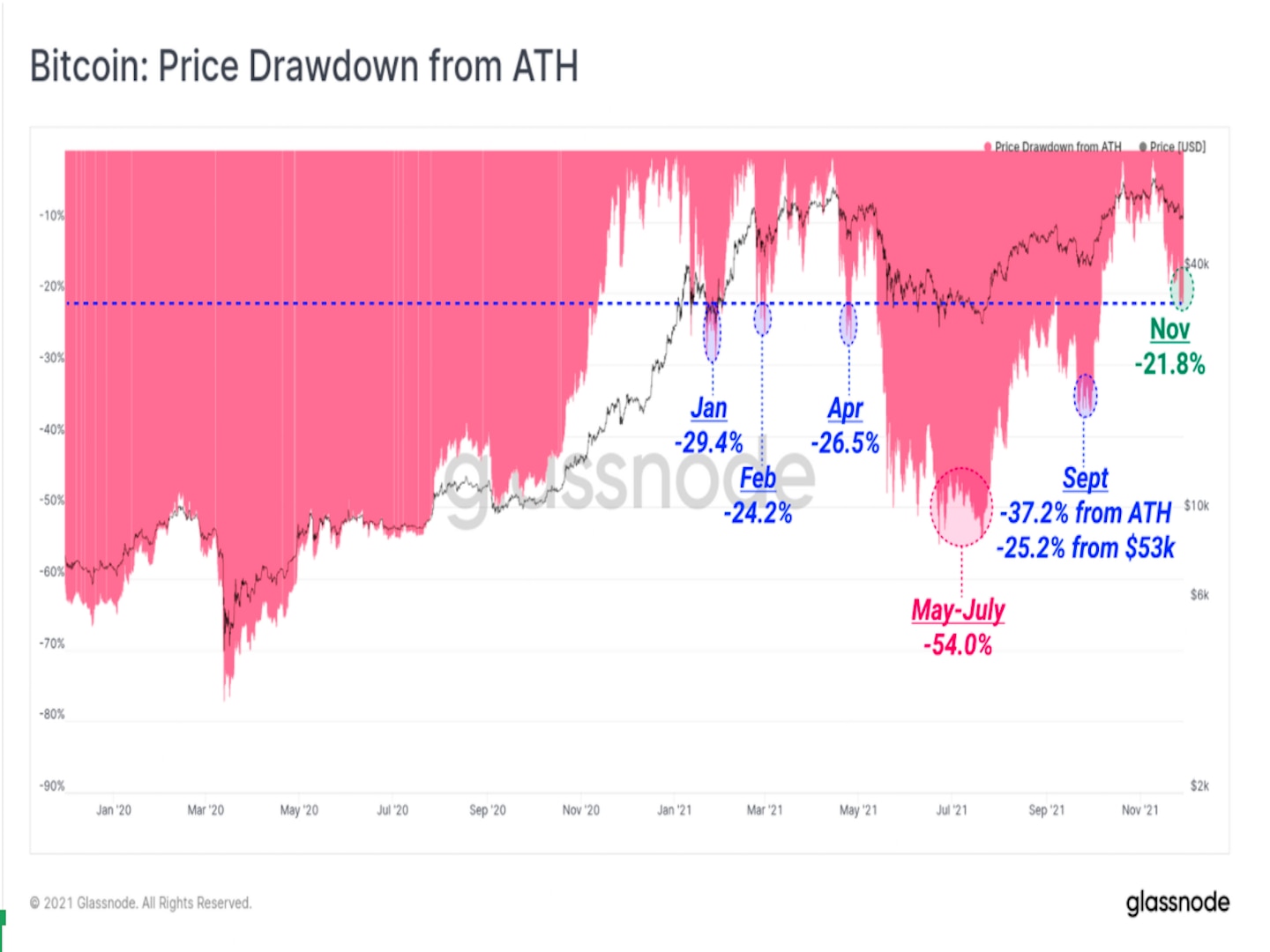 Crypto investment fund inflows rose to $306 million last week despite the overall market pullback. Bitcoin-focused funds saw the largest inflows in five weeks, totaling $247 million following the launch of another investment product in Europe, according to a report by CoinShares.