This is the second time in November that LUNA has logged a new all-time high. At press time, LUNA was changing hands at $57.63, up 11% in the past 24 hours, according to data from Messari.

LUNA is part of an algorithmic balancing system that helps stablecoins running on the Terra blockchain maintain parity with fiat currencies. One of the major developments from the network’s Columbus-5 upgrade in October is a new design for keeping stablecoins pegged to their fiat value: whenever UST is minted, LUNA with the same amount of value is burned.

According to data from Terra Analytics, more than 92 million LUNA tokens have been burned since the Columbus-5 upgrade went into effect at the end of September. 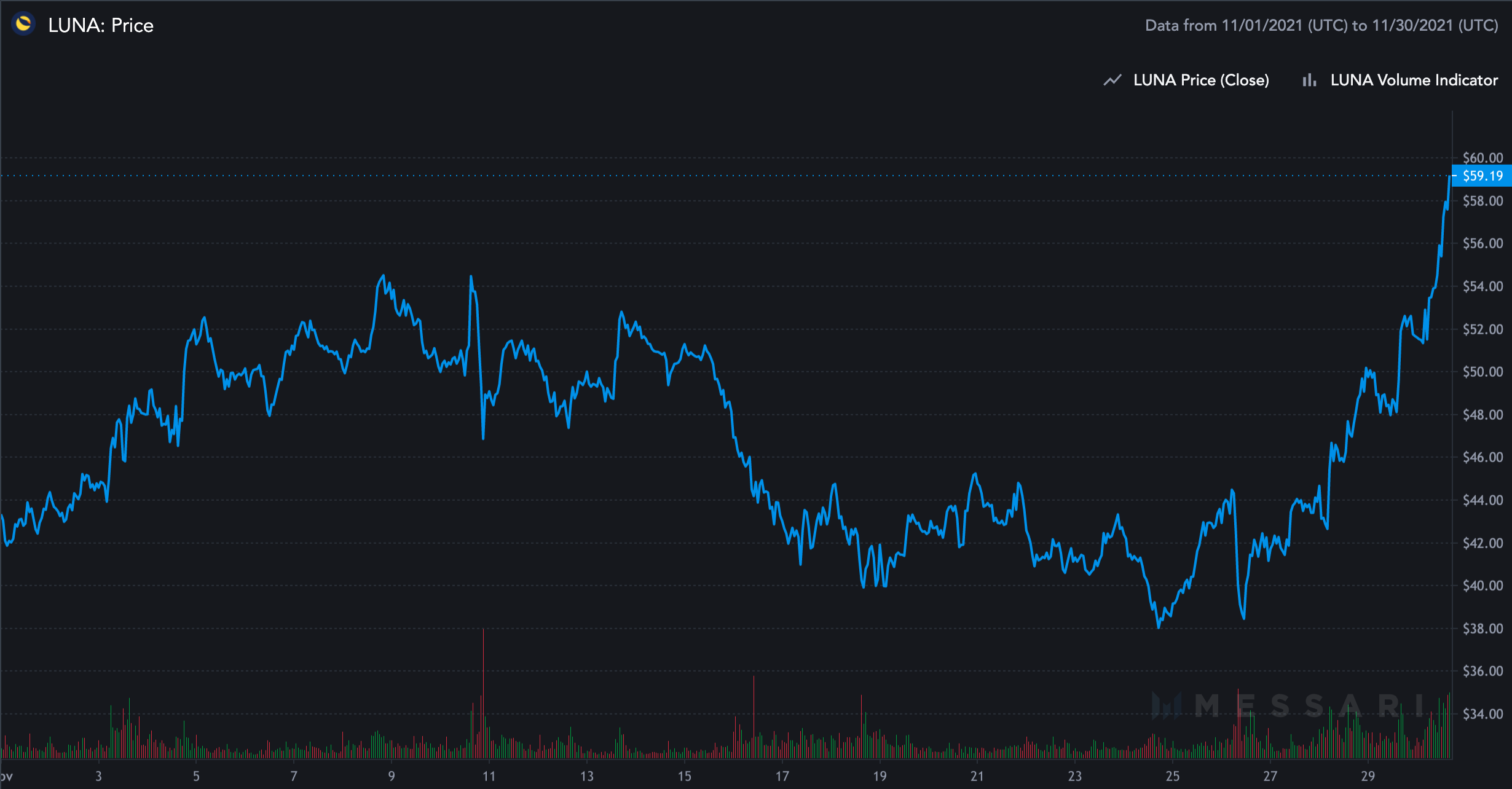 But Ong said a number of incentive programs from Terra-based decentralized finance (DeFi) platforms are also a factor.

Another shot in the arm for LUNA’s price may be a so-called lockdrop event from Astroport, a decentralized exchange protocol on Terra, Ong said.

Astroport will launch the lockdrop event on Dec. 6, allowing users to lock their LUNA tokens in exchange for a “drop” of the protocol’s own not-live-yet ASTRO tokens, according to the project’s Medium page.

“People are trying to get more LUNA for Astroport’s lockdrop,” Ong said.

Terra is the fifth-largest smart contract platform by total value locked (TVL) at $11.87 billion, according to data from DeFi Llama. TVL is the total value of the cryptocurrency committed to DeFi protocols that are built on a given blockchain. Ethereum remains the DeFi market leader with $182 billion in TVL, per DeFi Llama.