Bitcoin continues to trade in a familiar range as traditional markets exhibit improved risk appetite, with investors eyeing the release of the U.S. monthly employment report.

European stocks traded higher, tracking an overnight bounce on Wall Street, which saw the S&P 500 index surge 1.4%. However, gains were moderate, at best, with COVID concerns dominating the sentiment. Australia reported the first case of the Omicron variant early Friday despite having travel restrictions in place. The U.S. also registered the first case early this week.

The U.S. nonfarm payrolls data scheduled for release at 13:30 UTC on Friday is forecast to show the world’s largest economy added 550,000 jobs in November after 531,000 additions in October. The unemployment rate is expected to fall to 4.5% from 4.6%, while the average hourly earnings is forecast to increase 0.4% month-on-month, according to FXStreet.

The dollar could resume its recent uptrend, putting downward pressure on bitcoin and asset prices, in general, if the payrolls data bolsters bets of faster normalization of monetary policy by the Federal Reserve (Fed).

“Another 500,000+ increase in the headline number, a decline in the unemployment rate and an increase in hourly earnings should all keep short-dated U.S. rates supported on the view that the Fed could exit super-loose policy more quickly,” ING analysts noted in a blog post.

“Any sharper-than-expected drop in the unemployment rate (3.8% has been suggested as a metric for full employment and the start of tightening) or sharper rise in average hourly earnings (e.g. more than 0.4% month-on-month) could drive the dollar higher today,” ING analysts added.

Thanks to inflation running hotter than expected, fears of faster Fed rate hikes have gripped markets in recent weeks. On Tuesday, Fed Chair Jerome Powell retired the word transitory from inflation discussion and said that the central bank might consider speeding up the unwinding of asset purchases in December. On Thursday, Cleveland Fed President Loretta Mester told the Financial Times that the Omicron variant could fuel soaring inflation in the U.S. by further pressuring supply chains and worsening worker shortages. 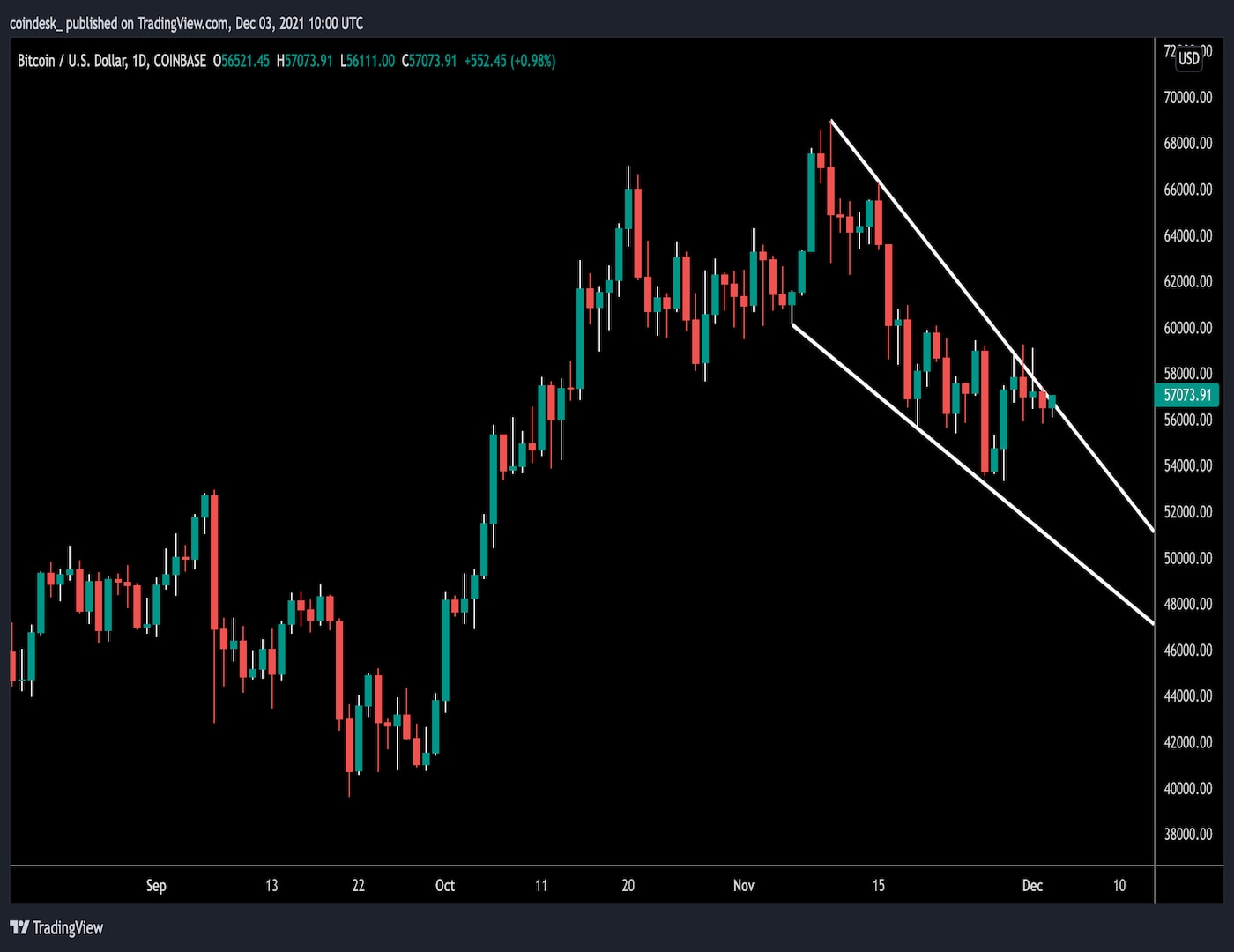 The cryptocurrency is now looking to break out of a falling channel represented by trendlines connecting Nov. 10 and Nov. 15 highs and Nov. 6 and Nov. 19 lows.

A weaker-than-expected payrolls figure would raise questions on the Fed’s ability to taper more quickly, perhaps pushing bitcoin, stocks and other risk assets higher. “Bitcoin’s correlation with S&P 500 increased amid the general market sell-off, strengthening our hypothesis that more sophisticated investors are currently not looking at bitcoin as a safe-haven asset, but as a risk-on asset,” Arcane Research’s weekly note published Tuesday said. 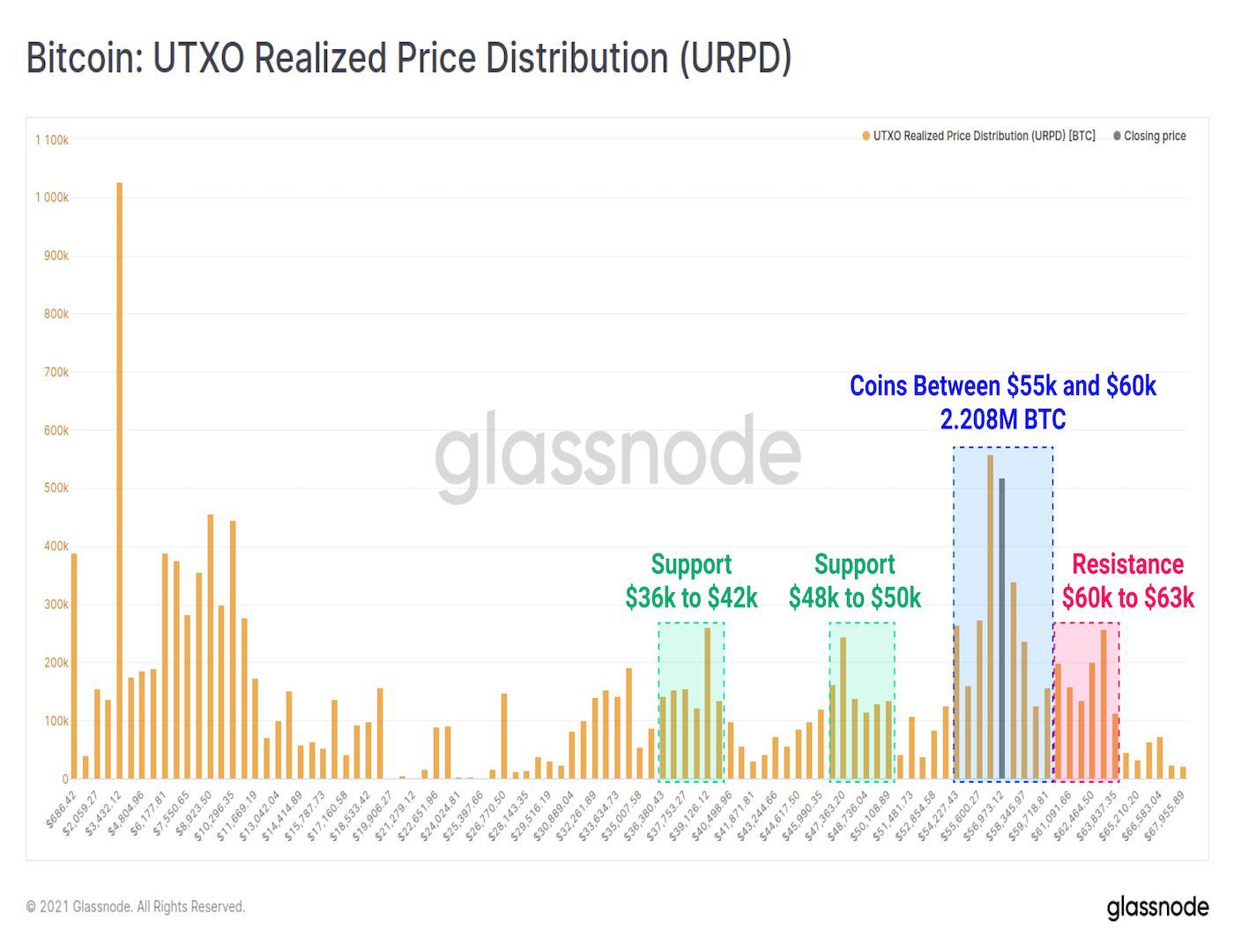