Most cryptocurrencies traded lower on Thursday after Fitch Ratings labeled China’s Evergrande Group as an official defaulter. Equities also drifted lower as traders appeared to be concerned about the risk of a global slump resulting from China’s credit woes.

Bitcoin dipped below $50,000 and was down about 4% over the past 24 hours. One standout, however, was XRP, which was up about 3% over the same period.

Meanwhile, analysts are trying to make sense of the dispersion among crypto returns over the past month. For example, bitcoin’s market share relative to the overall crypto market share, or the BTC dominance ratio, fell to its lowest level since September, as shown in the chart above. The decline in BTC’s dominance ratio reflects the recent outperformance of alternative cryptocurrencies (altcoins).

“Any sustained period when the share of BTC’s market cap fell below 40% was in January-March and April-June periods in 2018,” Alex Kuptsikevich, an analyst at FxPro, wrote in an email to CoinDesk. “After that, the BTC domination has recovered with altcoins’ deeper crash, called later the crypto winter,” Kuptsikevich wrote.

The potential recovery in BTC’s relative market share could indicate a lower appetite for risk among investors.

For now, analysts are monitoring the correlation between bitcoin and equities, which can reflect investor sentiment toward speculative assets.

“As of recent weeks, bitcoin has surfaced more like a risk asset – correlations against U.S. equities spike above 0.6 the past few days alongside the sell-off in technology stocks last Friday,” Lennard Neo, head of research at Stack Funds, a crypto investment firm, wrote in a report on Thursday. “However, crypto assets did not see the same rebound that U.S. equities had earlier this week,” Neo wrote.

“Bitcoin [investment products] saw inflows totaling US$145m last week although it suffered at the end of the week with outflows of US$42m on Friday and bore the brunt of investor jitters,” James Butterfill, an investment strategist at CoinShares, wrote in a report earlier this week.

The majority of fund outflows in bitcoin and several alternative cryptocurrencies (altcoins) occurred during the latter half of last week, suggesting that investors are sensitive to sudden price swings.

Still, investors are finding opportunities in the altcoin market. For example, Solana products saw continued inflows totaling $4.6 million for the week, seemingly unaffected by the recent price jitters, according to CoinShares. Solana’s SOL token is down about 19% over the past week, compared with a 12% drop in BTC and a 5% drop in ETH over the same period. 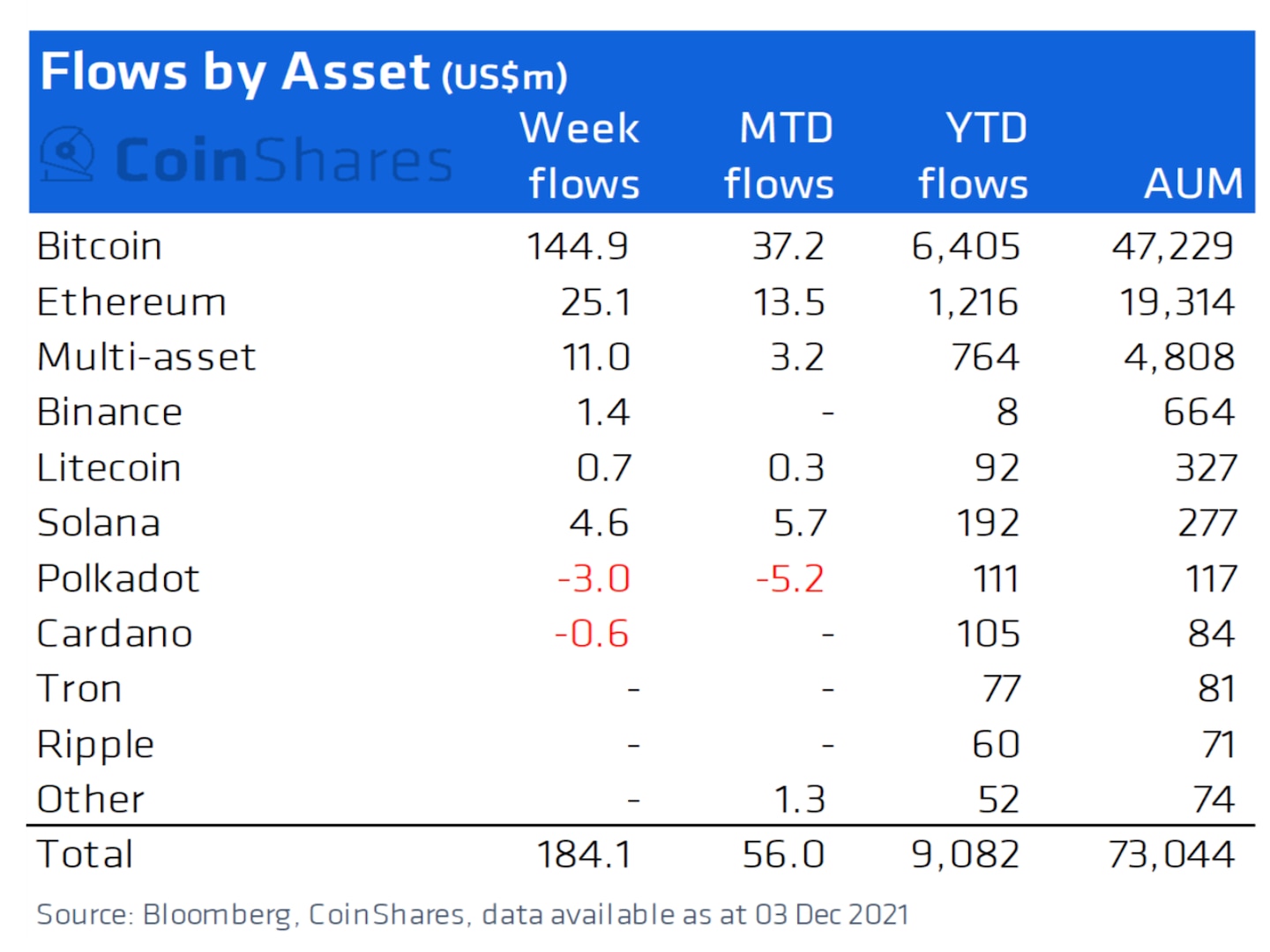 All the digital assets in the CoinDesk 20 ended the day lower.