Bitcoin traded lower on Friday along with equities as demand from buyers faded.

The brief price bounce over the past two days was limited as bitcoin (BTC) eventually dipped below $48,000, although charts suggest pullbacks could stabilize around the $46,000 support level, or the level at which buyers tend to purchase or enter into a stock.

BTC is roughly flat over the past week, compared with a 1% drop in ether (ETH), a 5% rise in Solana’s SOL token, and a 38% rise in Avalanche’s AVAX token over the same period. The wide dispersion in crypto returns this week suggests that investor appetite for risk remains strong. Typically, the overall crypto market begins to trend higher when alternative cryptocurrencies (altcoins) start to outperform bitcoin.

For now, several risks remain, which could weigh on crypto prices.

The bitcoin options market is leaning more neutral/bearish over the short term. The chart below shows that “implied volatility for near-term options are skewed towards puts, indicating that market participants have concerns and are either buying protection or speculating that price will deteriorate further,” crypto research firm Delphi Digital wrote in a blog post.

Meanwhile, option expiries slightly further out between January and February 2022 are less skewed, indicating a more neutral price outlook into next year. Crypto options exchange Deribit tweeted on Tuesday about heavy selling of call premium, or income received from selling an option that has not yet expired. 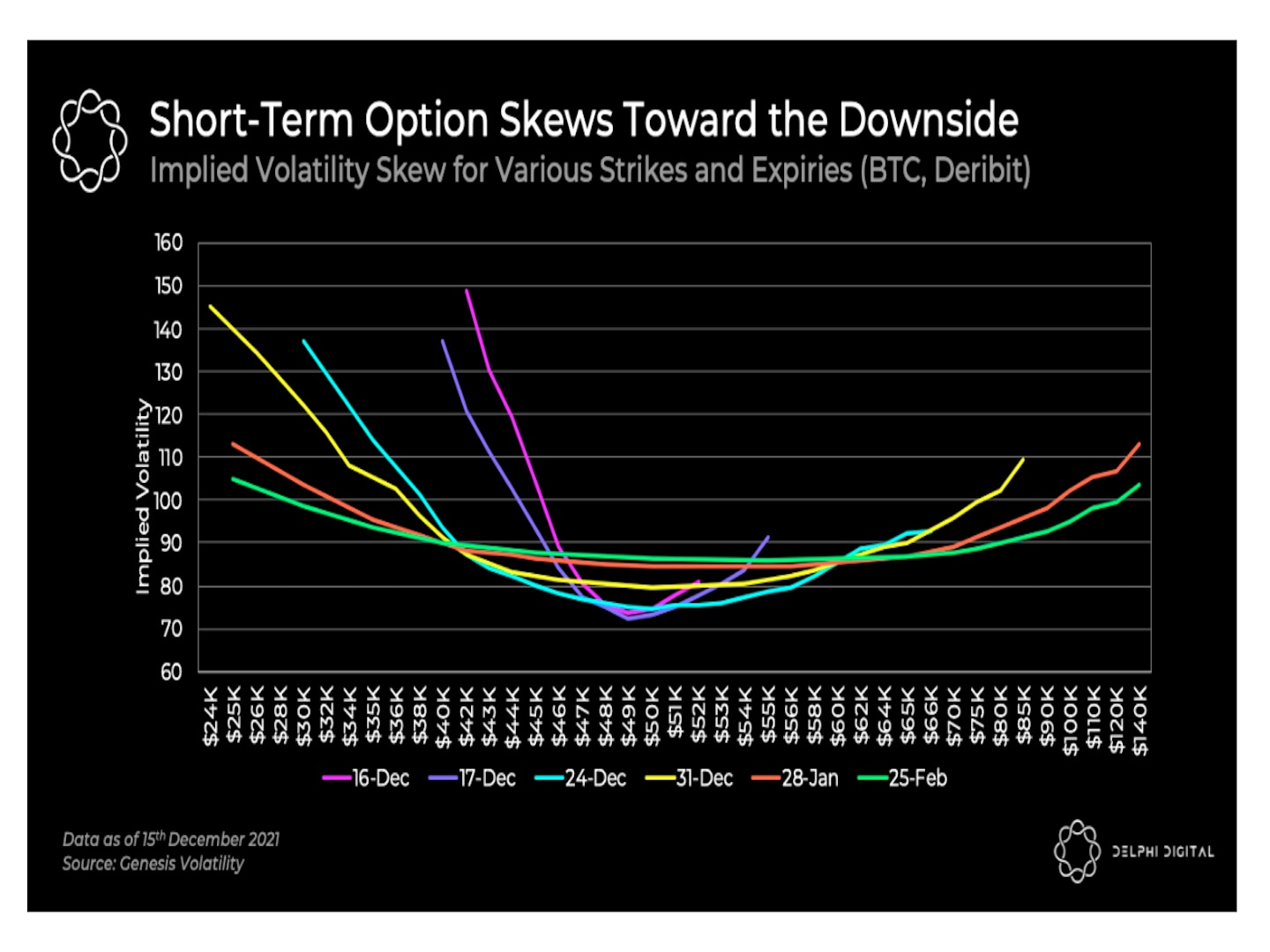