Hello, Market Wrap readers! During the final two weeks of 2021, we’re using this space to recap the year’s most dramatic moments in cryptocurrency markets – and highlight the key lessons from this fast-evolving corner of global finance. Over a series of eight posts starting on Dec. 20 and running through Dec. 30, we’ll recap what shook crypto markets this year. (For the latest digital-asset prices and news headlines, please scroll down.)

On Wednesday, we recapped how Tesla’s bitcoin acceptance and Coinbase’s direct listing helped send bitcoin’s price to a new all-time high near $65,000, which turned out, in hindsight, to be the market peak. Today, we’ll show how some traders and investors began to cash out in April and May as concerns mounted over U.S. capital gains taxes, bitcoin’s environmental footprint and an outright crypto ban in China. It seemed like the fear, uncertainty and doubt – FUD, or crypto-speak for negative news – was coming all at once.

All it took was a New York Times headline in mid-April that U.S. President Joe Biden was planning to roughly double the tax on capital gains or proceeds earned from selling assets – with provisions deemed unfriendly toward cryptocurrencies – to end hopes of a rally back toward bitcoin’s all-time high near $65,000. After a powerful bull run earlier in the year, bitcoin’s price decline suddenly accelerated.

“The cryptocurrency was already on the defensive,” Pankaj Balani, co-founder and CEO of the Singapore-based Delta Exchange, told CoinDesk in an email at the time. “The tax news invited more profit taking.”

“The U.S. actions were not bullish for bitcoin, as tax increases could be a thorn in the recovery and will drag down investments,” Edward Moya, analyst at Oanda, a foreign exchange brokerage firm, wrote in an email.

Some analysts pointed to a stronger U.S. dollar as a potential headwind for bitcoin (BTC). Warmer weather was coming in the Northern Hemisphere, and more coronavirus vaccines were getting distributed around the world, leading to a sunnier economic outlook. It appeared as though the U.S. was on its way to improving the budget deficit, which widened during the pandemic stimulus program.

All that meant there might be less need for extra economic support from governments and central banks, which had bolstered bitcoin’s attractiveness among investors as a possible hedge against fast inflation.

But bitcoin had other problems. In the months ahead, many investors in traditional markets – perceived as a key target for mainstream cryptocurrency adoption – would start to question the cryptocurrency’s environmental footprint – due to the blockchain network’s heavy electricity usage.

Tesla’s billionaire CEO, Elon Musk, for example, mad a U-turn from his earlier bullish stance on bitcoin and decided to no longer accept BTC as payment for his company’s electric cars, citing concerns about the use of fossil fuels in crypto mining.

Musk’s tweet triggered an immediate 6% drop in the bitcoin price. Suddenly, the environment became front and center as an impediment in the 12-year-old cryptocurrency’s path to becoming a widely acceptable asset class. And with environmental, social and governance (ESG) becoming the new buzzwords on Wall Street, it became harder to convince big money managers that energy-intensive bitcoin was a good addition to portfolios.

For example, a survey of 600 people in the fund management industry found that 96% expected their firms to increase prioritization of ESG during 2021. John Reed Stark, former chief of the U.S. Securities and Exchange Commission’s Office of Internet Enforcement, told CoinDesk’s Lyllah Ledesma in May that the bitcoin ESG concerns would certainly dampen institutional investment in crypto.

And just when bitcoin traders thought they had seen enough of the fear, uncertainty and doubt, China officially banned all financial institutions and payment companies from providing services related to cryptocurrency transactions.

China had been banning things related to crypto since 2013, but the fresh crackdown made it clear that crypto trading activity involved “legal risks” and that “any legal person, unincorporated organization or natural person” investing in virtual currency and related derivatives was violating “public order and good customs,” CoinDesk’s Muyao Shen reported.

News of the China ban sent bitcoin sharply lower, which left the price down roughly 50% from the April record near $65,000. By almost any definition, the bitcoin market had entered a new, bearish phase.

The China-related sell-off wiped $400 billion off the crypto market, which encouraged some “whales” – large BTC holders – to move their coins onto exchanges for sale. Crypto markets were in panic mode.

It also dawned on investors just how vulnerable cryptocurrencies were to regulatory risk. Whether it was concerns about capital gains taxes or the outright crypto ban in China, bitcoin’s euphoric rise appeared stunted by the increased scrutiny from governments and supervisors of the traditional financial system.

More work would be needed before environmentally conscious investors would start piling into bitcoin.

In Monday’s episode of this year-in-review series, we’ll feature one institutional investor who planned a bitcoin exit right around the price top. 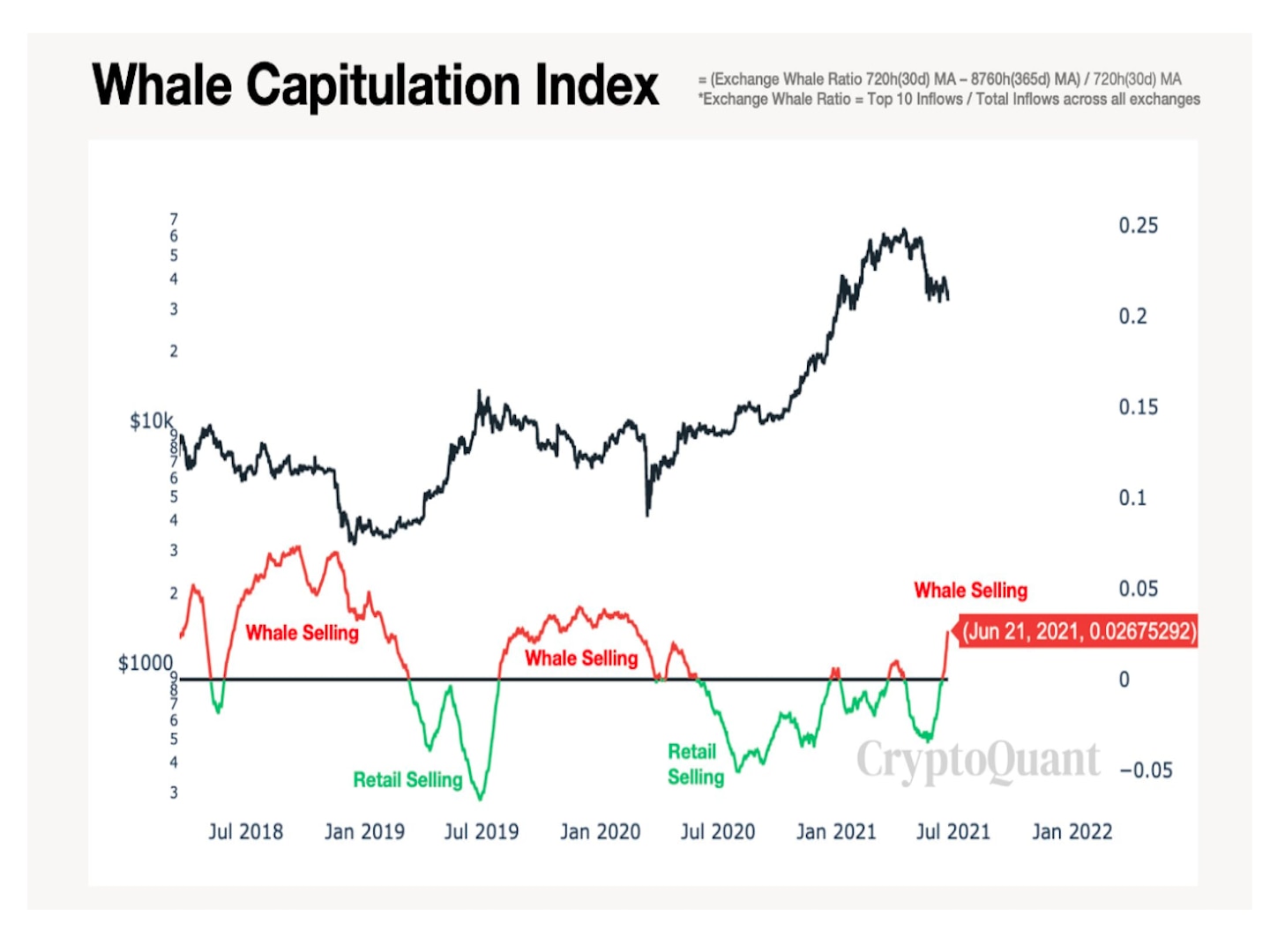 Consultants Are Entering the Metaverse – Literally

Are Spot Crypto ETFs Really Worth the Wait?

What Jack Dorsey’s Beef With ‘Web 3′ is Really About

What Is Web 3 and Why Is Everyone Talking About It?

There are no losers in CoinDesk 20 today.