NEAR was always meant to be more than just a blockchain protocol with a few financial tools. Instead, the team behind the platform wanted to foster community and creativity in as many forms as possible.

Now, the possibility for communities beyond financial speculators is expanding at a rapid clip. Long past are the anecdotes of early Bitcoin, where new adopters came in the form of stray systems designers or hedge fund managers quitting their jobs to go all in on crypto.

Today, we’re seeing professional migration on a much larger scale: huge companies creating virtual worlds built with rare digital items, as brand names like Facebook, Nike, the NBA and more have signaled. We moved from debating whether something like the metaverse would ever exist to asking “Who minted your avatar?”

But the creative class refuses to be left behind. The recent surge in creators making a living through NFTs illustrates this fact, and NEAR provides an ideal platform for them to join the crypto fray. Now designers, musicians and other artists hold clear paths to upgrading their work to earn a living.

NEAR’s unique approach to community, the guilds and other systems for coordination are all here for artists to leverage. The platform’s recent meeting of the minds, NEAR|CON, launched this past October in Lisbon, Portugal, and gathered creators with a mix of talent stacks spanning multiple geographies and industries. 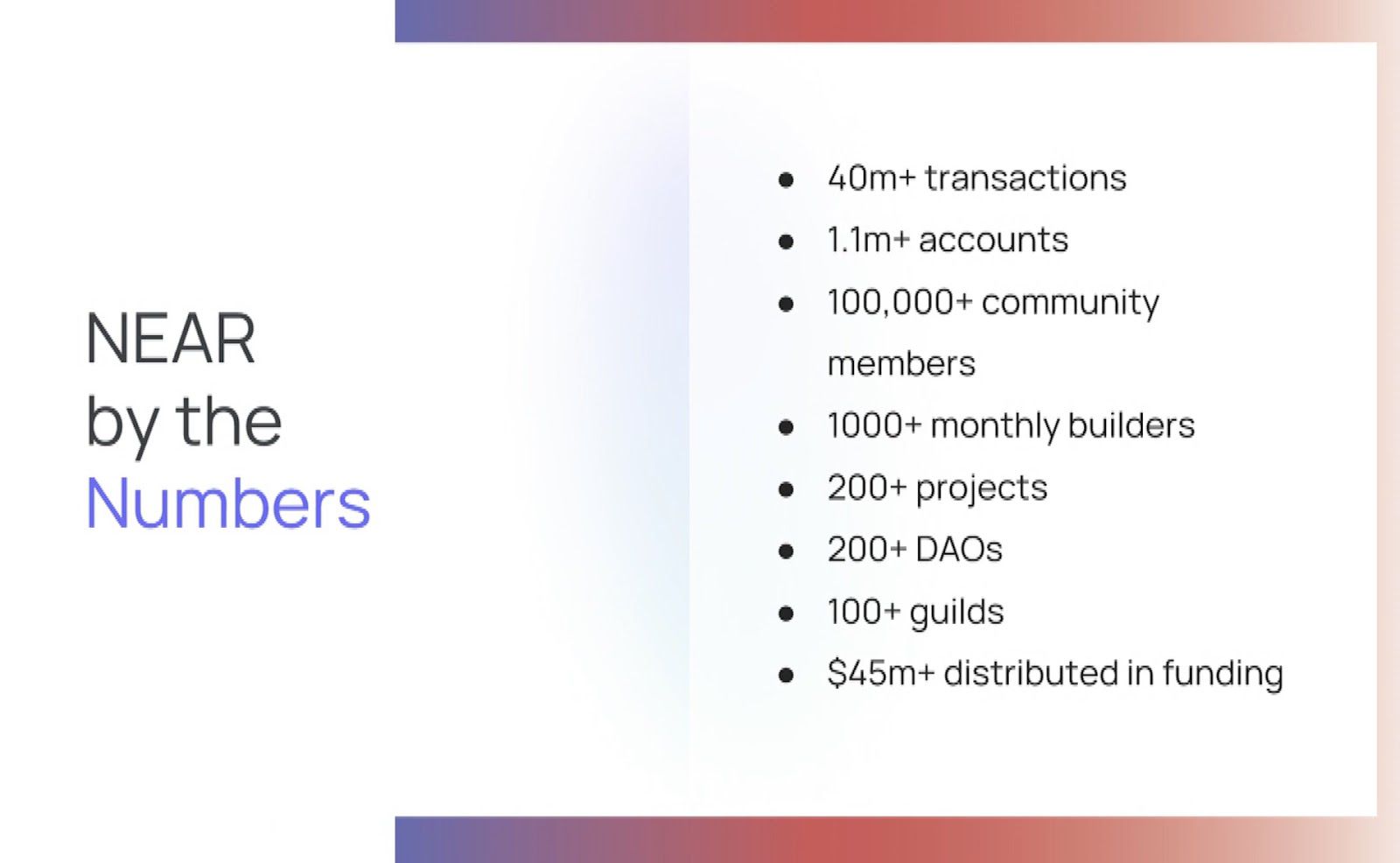 Attendees heard about plans for up to $800 million in investments for the ecosystem, to help get fledgling projects started. They heard about a dedicated sharding protocol, Simple Nightshade, to help scale the gaming and metaverse environment.

They connected with Mintbase, an NFT utility engine that offers tools for community organization, revenue and royalty sharing functions and even marketplaces. They connected with Satori, the soon-to-be launched platform for artists and musicians to leverage NFTs for new commercial relationships with fans.

Other projects, such as Indonesia-based Paras, go further than NFT marketplaces. This team chose NEAR|CON to debut their comic book industry-focused product, Comic by Paras. The platform aims to connect readers, authors, artists and collectors to power new combinations of fandoms and creators that may incentivize huge growth for both.

Zooming out beyond communities and tooling, people at NEAR|CON connected over entirely new platforms. OP Games showed how its platform can help developers crowdsource fundraising for game development using NFTs and DAOs. Its NEAR-hosted arcade platform offers the chance for players and designers to work together and share success in ways only hinted at until now.

Other promising projects also made appearances. Feiyu, a social media platform built around meme and GIF sharing through NFTs, already had over 1.5 million users before NEAR|CON, so none was needed to confirm creatives were interested. The team from Reality Chain announced its plans to offer an entire metaverse landscape filled with NFT players, homes, furniture and other in-game items, all interacting through voice and text. A DAO formed to help launch this metaverse, with $REAL token holders able to vote on project initiatives.

These projects are just a few of many that gathered interest – and all virtually, thanks to the innovative iterative processes NEAR cultivated from the lack of physical meetups for feedback over the last two years. HypeDAO on NEAR is an example: Weekly head-to-head battles inspire engagement and increase audience size for those early contributors to the NFT collections issued on the NEAR chain.

Other DAOs, guilds and communities have boomed, each offering new ways to migrate professional lives to a crypto-native environment.The first NEAR|CON confirmed predictions made by the early team years ago: There’s a huge place in the crypto industry for creatives. It’s past speculative, with creators iterating now. This success ensures that next year’s NEAR|CON will only heave more creatives to professional freedom.